Chicken Wing has been my favourite tactic for a while, as I really don't like IWB, and this is one of the best without IWB https://fm-arena.com/tactic/2723-fm22-3-chicken-wing-4123/

Being a fan of wingerless tactics, I've always tried to make wingerless tweaked versions of my favourite tactics in the last versions of FM.
And must say this year's version based in chicken wing 4123 has been huge for me, in several saves, in different scenarios and countries. I'm now sharing because I really feel this is the one for this year, and I'm sharing the first two seasons of the last save I'll play this year, and that I'll try to go as far in time as possible!

Started in Sweden with a team predicted last, with a transfer embargo, had to play (and retrain) wingers as CM, to play a few 16/17 year kids with a CA of 80, so a big challenge! Ended as champion!!!

Then took the Hammarby job, big club in Sweden, that rarely wins the title and the performance has been amazing so far, as you can see.

The problem I'm having now is that my players are performing so well, the clubs in the top leagues are literally bullying my club and totally disrupting my players, that are forcing they way out!!!

Two  things are sure with this tactic:
Your defense is going to be SOLID, really SOLID (lots of clean sheets)
Your two strikers will score loads (probably the two top scorers in the league)

A couple of tips:
The central mid must be an offensive player, we will score a few also.
The two CWB must have strong physical attributes  and be fast, as they will run a lot, make sure to always have two CWB subs ready to enter.

If against lesser opponents you feel that are having trouble scoring is because your strikers are performing poorly, just sub them, no matter the quality they have, It's not their day. 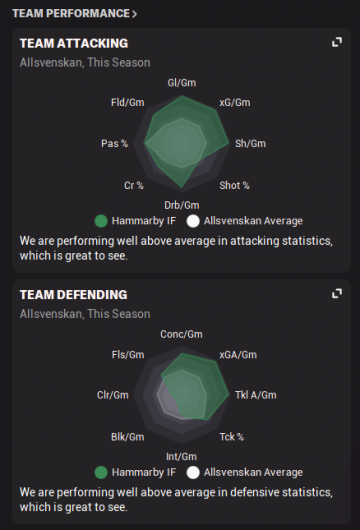 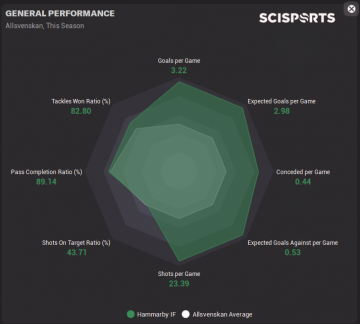 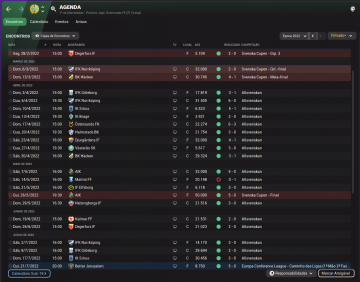 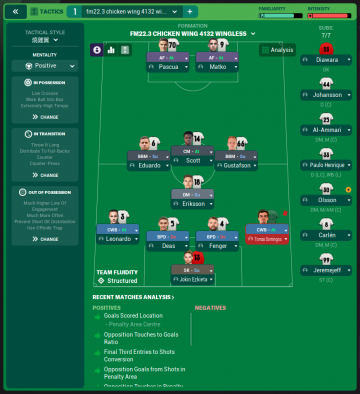 Conference League... just after 20 min Twente is in pain... 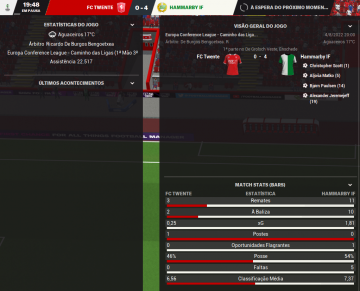 Won the CL first season with RB Leipzig using this, doesn't concede a lot and scores enough, However the CWB's do not perform well at all Angelinho is my worst performer regularly putting in anywhere from 6.1 to 6.4 with a yellow card.

x360wizard said: Won the CL first season with RB Leipzig using this, doesn't concede a lot and scores enough, However the CWB's do not perform well at all Angelinho is my worst performer regularly putting in anywhere from 6.1 to 6.4 with a yellow card. Expand

I think the CWB ratings are very influenced by goals and assists. All you need is a cross to a goal, sometimes from a corner, and you have a nice solid rating!

Will definitely try this out as I progress to my next season.

Update: Perhaps Southhampton's Assman is really highly rated or I just got really lucky, but a simple sim season with Southhampton (where they were predicted to finish 14th) turned into Europa League for next season and winning the Carabao Cup.

Consistently took points off of the big teams as well. And trophies, I guess, in Liverpool's case.

i found that CWB in general keeping low ratings... i changed them to simple Wing back/support in my own tactic and they perform fantastic