#FM22 challenge:
- Pick any club.
- You must control all youth teams from your club manually.
- You cannot hire any players for the main team, only for youth teams.
- Players must play on the youth team of their age, and can only play on main team when their age is above limit.
- You can use a player in a category above if there are no matches during the current week.

I like the idea but for me it's too complex... too many conditions for my small brain

Chewbacca said: I like the idea but for me it's too complex... too many conditions for my small brain

I'm playing with Palmeiras from Brazil, and they have a team under 20. Basically, I can't ever hire anyone to main team, only to under 20, and they can only play by main team after they reach 20 years old. It's similar to the challenge where you only play with home grown players, except that you can also hire youngsters to your youth teams.

It's very fun with this challenge.
1st season and defeat in playoff 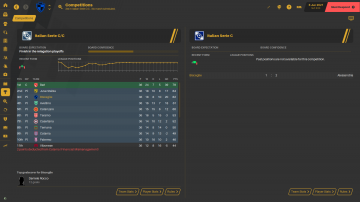 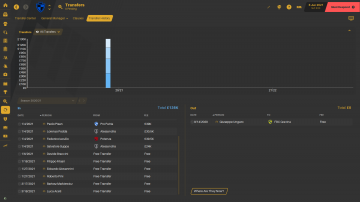 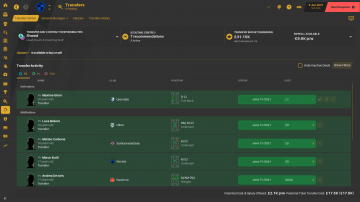 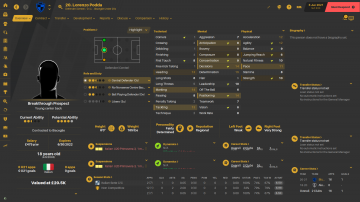 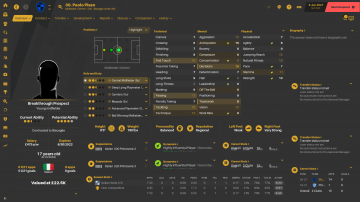 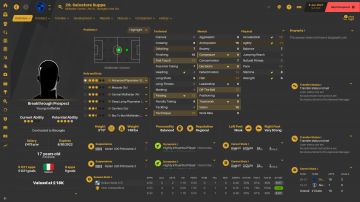 irapbot said: It's very fun with this challenge.
1st season and defeat in playoff

I'm playing the challenge too! I guess I should change it next time to allow you to play youngsters in the main team, but only after they spend at least one full season in the youth team. That would give a middle ground so you see those players in action earlier.

3rd Season ,My club got promoted!!!
It's hard with small team but I think it's very cool to build a team with this way.
DOF buy/sell some players. 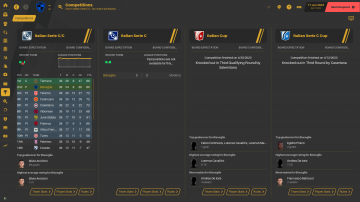 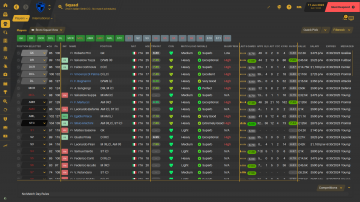 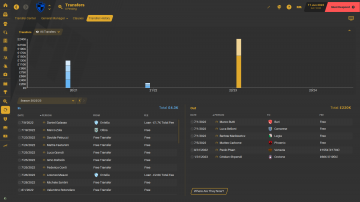 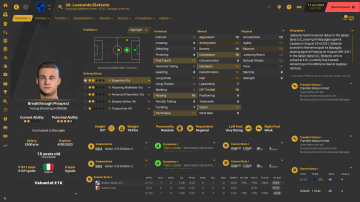 irapbot said: 3rd Season ,My club got promoted!!!
It's hard with small team but I think it's very cool to build a team with this way.
DOF buy/sell some players.

I would say this way is pretty cool to play. Not sure if it's just me, but players in youth team seem to develop better when you are actively playing them. I would definitely recommend people to hire to youth teams in normal games and see their development.

About the run, it's a nice experience to command your under 20, as you can see the kids in action and create some bond with them before bringing them to the upper teams. I'm currently commanding only the main team and U-20 teams, so I set them to have 22 players each, and a rule so no player can reach 10 matches missed in a row (you can add that column to selection with "Insert column > Stats (General) > Games missed in a row"

. When someone gets injured from main team, I draw some youngster from U-20, so in practice my squad is bigger than 22 players. I'm also using the rule that I can only hire to the U-20 team, and they need to stay there at least one year before being promoted to upper team (and can only be promoted after I hire someone to their place in U-20, to keep 22 players in that squad).

What I can say is that managing U-20 they get a much better increase in attributes, since you worry about setting coach assignments, training schedules and also rotate so they don't get many injuries. The rule of never reaching 10 matches missed in a row (that only counts main team matches, and count matches coming from the bench), also ensure they get some action in a higher league instead of just youth games, which also increases their attribute gain over the year.

After this experience, I would recommend anyone to at least control the player selection from U-20 to promote rotation and set up training (especially coach assignments). I also set them to rest automatically when energy is not full, to avoid injuries. That should make them improve faster to reach the main team.

I found that taking control of U18 selections didn't get followed so I have been managing both my lower grades for some time. It is good to have everyone match fit

Mark said: I found that taking control of U18 selections didn't get followed so I have been managing both my lower grades for some time. It is good to have everyone match fit Expand

You will notice the difference in attribute gain by the end of the season. Not only they have better training schedules and coaches (with better assignments), but also get less injured and you give them more opportunities in the main team for some competitive football. Since you can use the third reserve of each position from the youth team, it ends up saving money from wage budget, which allows you to get better players to the main team. Win-win in every level.

From the list Zippo gave before, you can see it improves the main factors for player development.

I remember we did some tests trying to figure out what factors(except the attributes) make players to develop faster and we found the following factors had the most influence:

Different training schedules didn't have any significant influences on the development rate, they just were responsible for the distribution of points between the attributes. Expand

I think it's the most immersive way to play.

I've gone through all the ways to win on FM but I think on FM 2023 I'm going to start one and only game in order to manage every aspect of my club. and get a lot more fun out of it than winning the CL as quickly as possible like with every club.