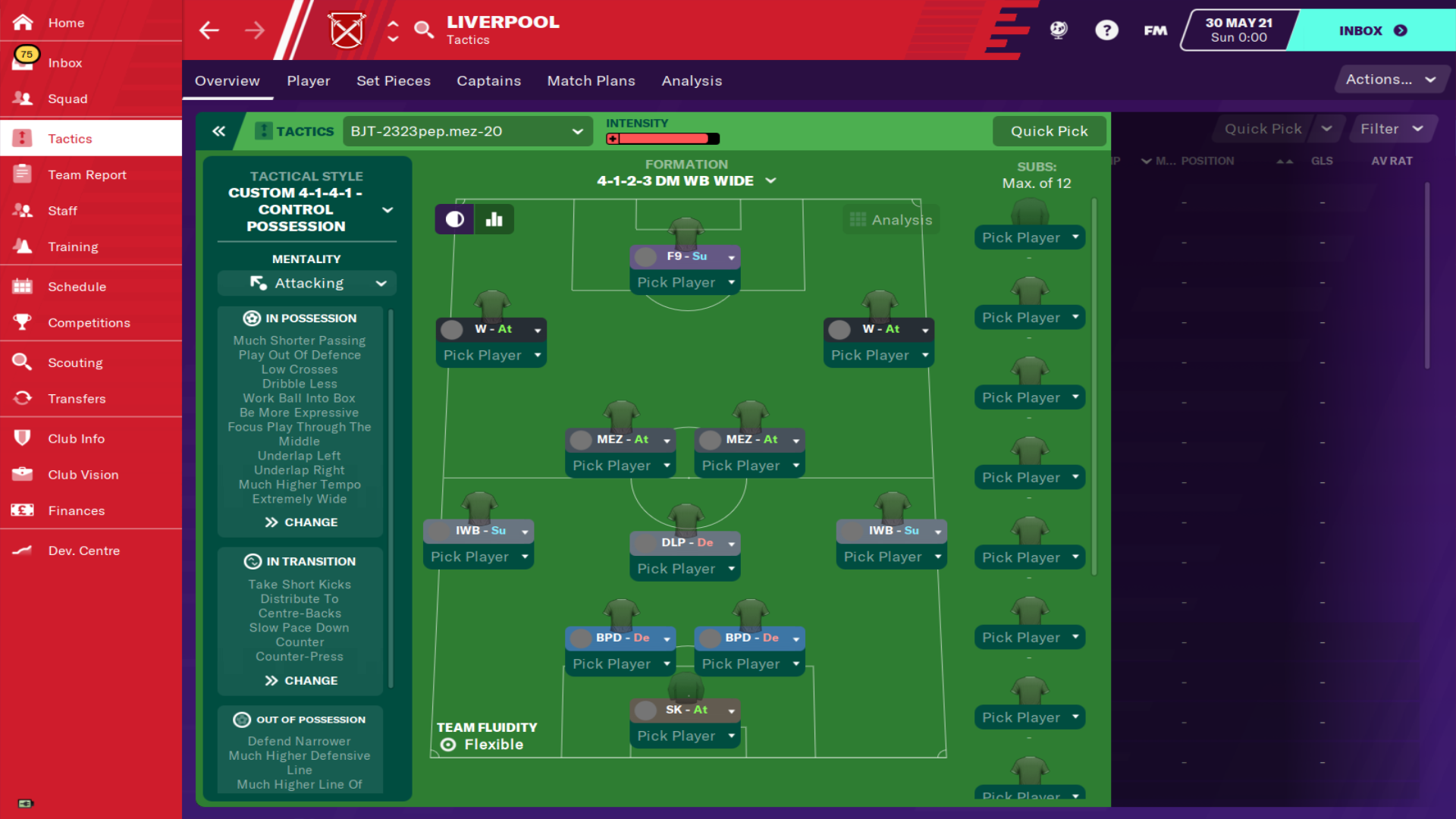 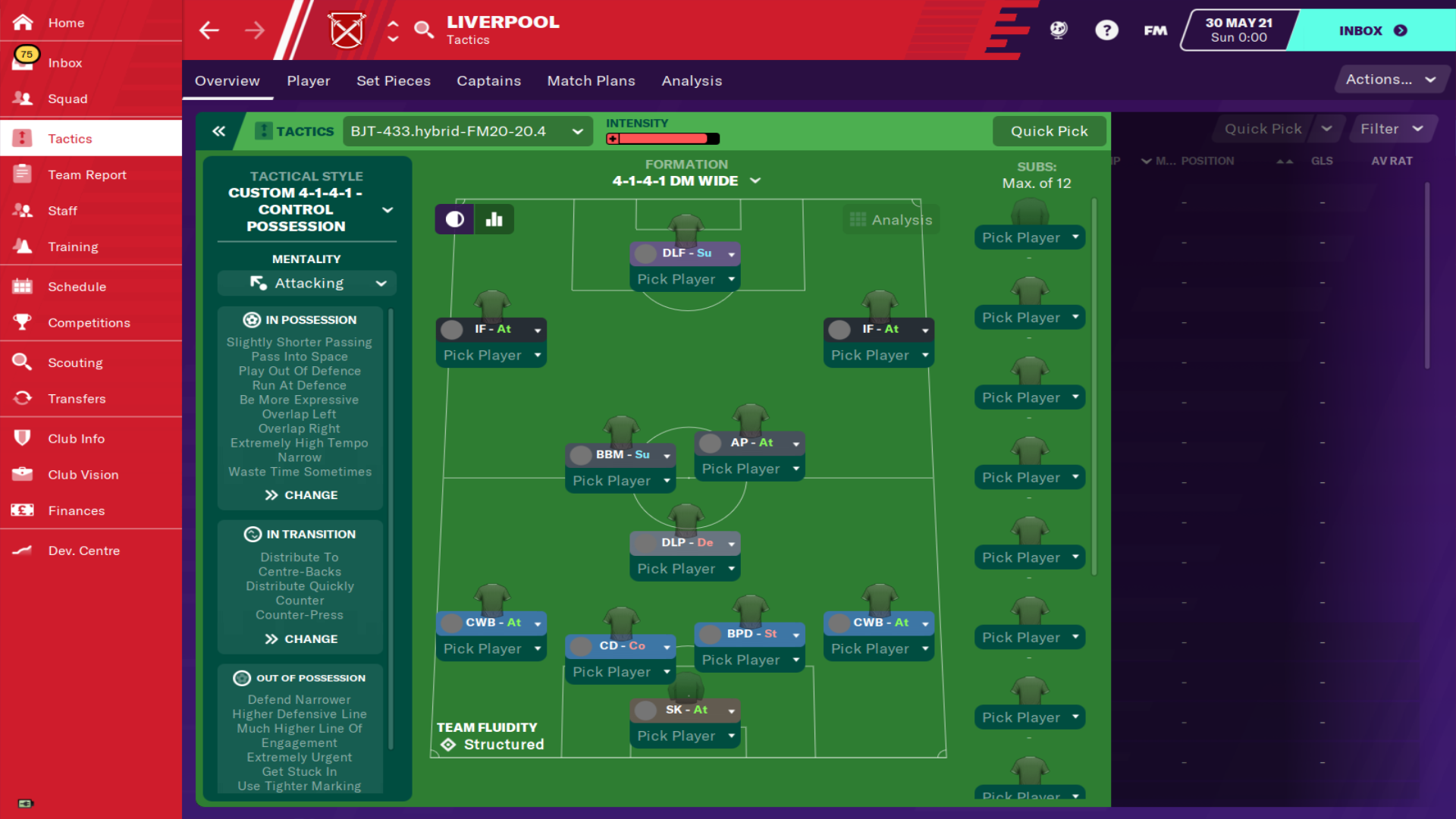 Hi, I noticed a little while back a request to test a couple of Metodo formation systems I created on an old patch.

I’ve decided to tweak my City Taka version this to the latest patch, and was hoping you would be kind enough to have this one tested, along with my new 433 hybrid system (which I'll detail later)

I have ran a couple of quick tests with both a superior 2nd season Liverpool squad I assembled, along with a run with Chester City in the VNL, and seemed to do well at both levels.

It is based on Pep’s Man City playing the Metodo formation. It is also at the time when Sane would play wide on the left and Sterling on the right, with David Silva and De Bruyne the offensive centre midfielders creating overloads with the wingers, with Fernandinho steadying the ship in behind. Aguero would be the False 9 up front.

It should play some very nice Pep football on the eye which I aim for in all my systems, and with the right players it will be a very nice system to watch in action.

The original thread is here, when the objective was to produce very high possession stats like Pep sides have, and in the process resulted in a 66 pass move before scoring a goal – my best team move on FM.

However this revised version instead balances good possession football, but with an effective counter-attacking game as the engine unfortunately simply doesn’t allow the most successful football with very high possession.

Nevertheless, the player movements and team moves on the pitch do reflect that of Pep’s style.

But I am still hoping that the possession statistics won’t be too bad, and will be a viable option for any users here who would like to play a possession based game with a degree of success, unlike the majority of the systems available at present, with only two systems above 55%.

Unfortunately I only play on FM touch, so I can’t get a real gist of how high this will be, and this test would help, hoping it might provide a further option.

For any users that choose to download this, to supplement the defensive strategy please use the following:

Here are my quick test runs 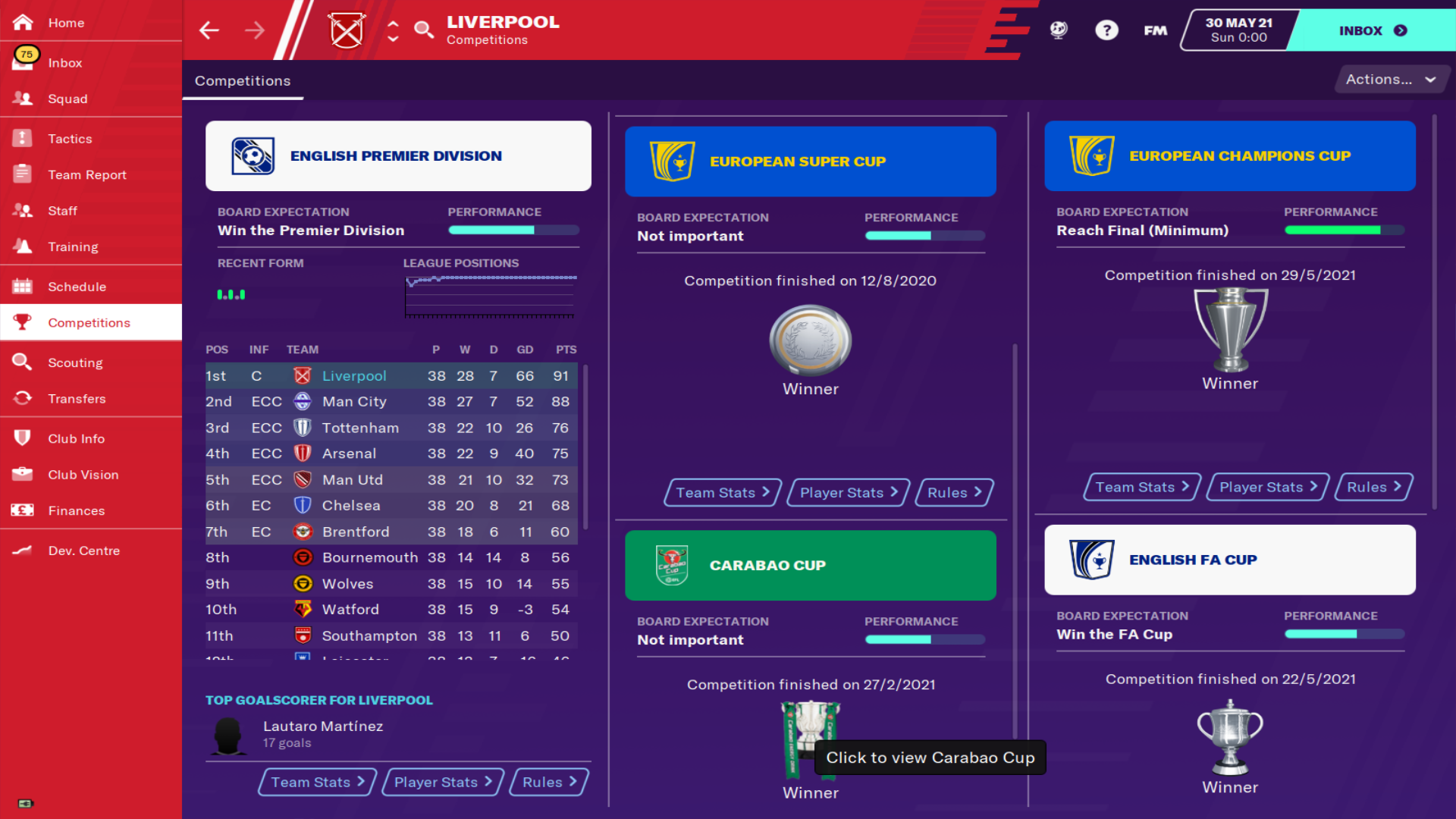 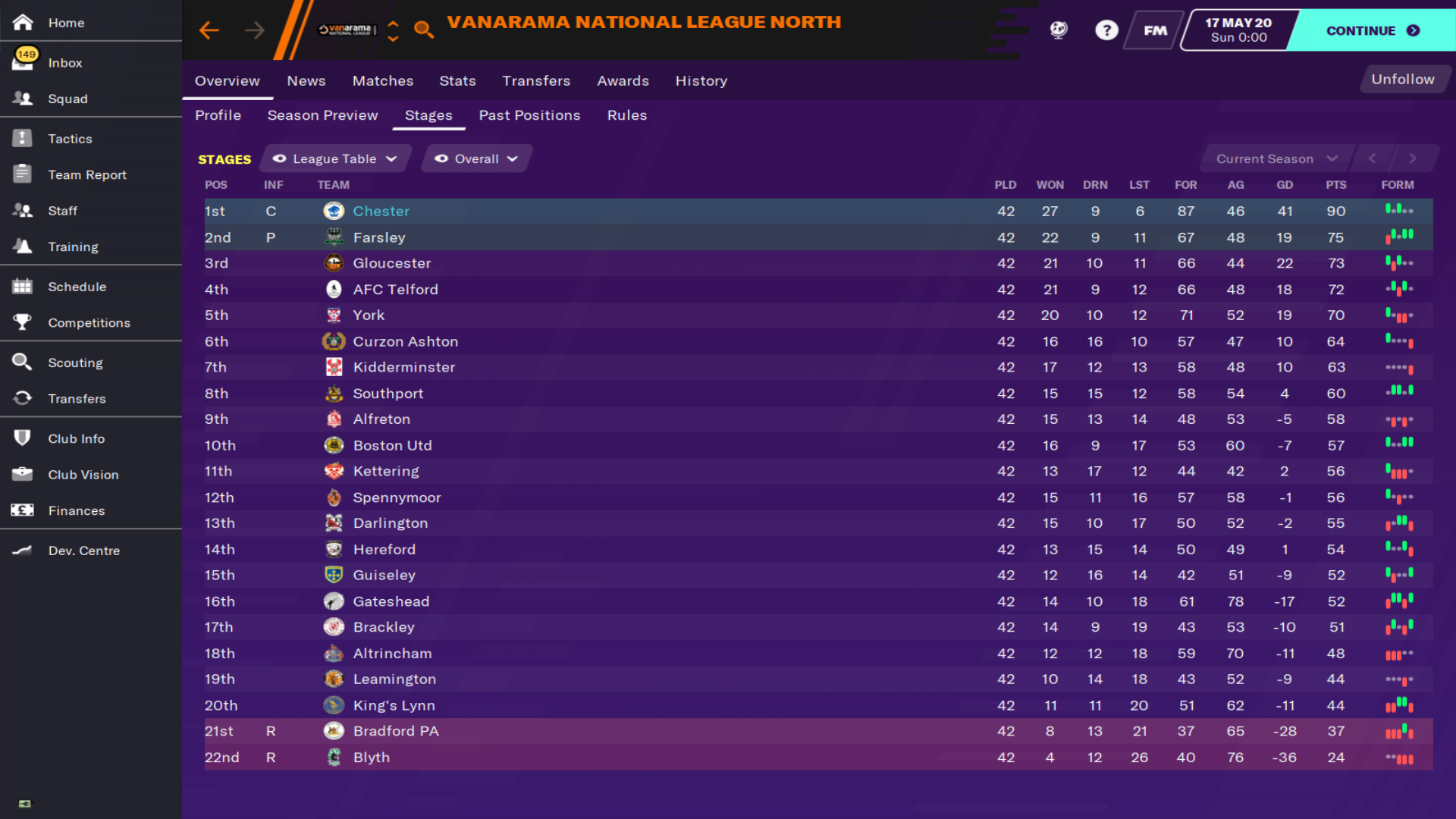 If you could, I would really appreciate it to have a test done on my optimised Klopp / BJT 433 hybrid.

This particular system in an online 2 player game won me the FA Cup 1st season with West Ham against Liverpool 1-0 finishing 7th, and 2nd season finishing 2nd whilst winning the Euro Cup - With ingame tweaks of course.

It aims to blend the gegenpressing style of Klopp, but with the additional creativity I had in my own 433 system.

The two together seems to be quite effective, and the OIs above for my City Taka will also apply to this BJT 433 Hybrid. I have no thread for this tactic.

Here are some screenies from this save: 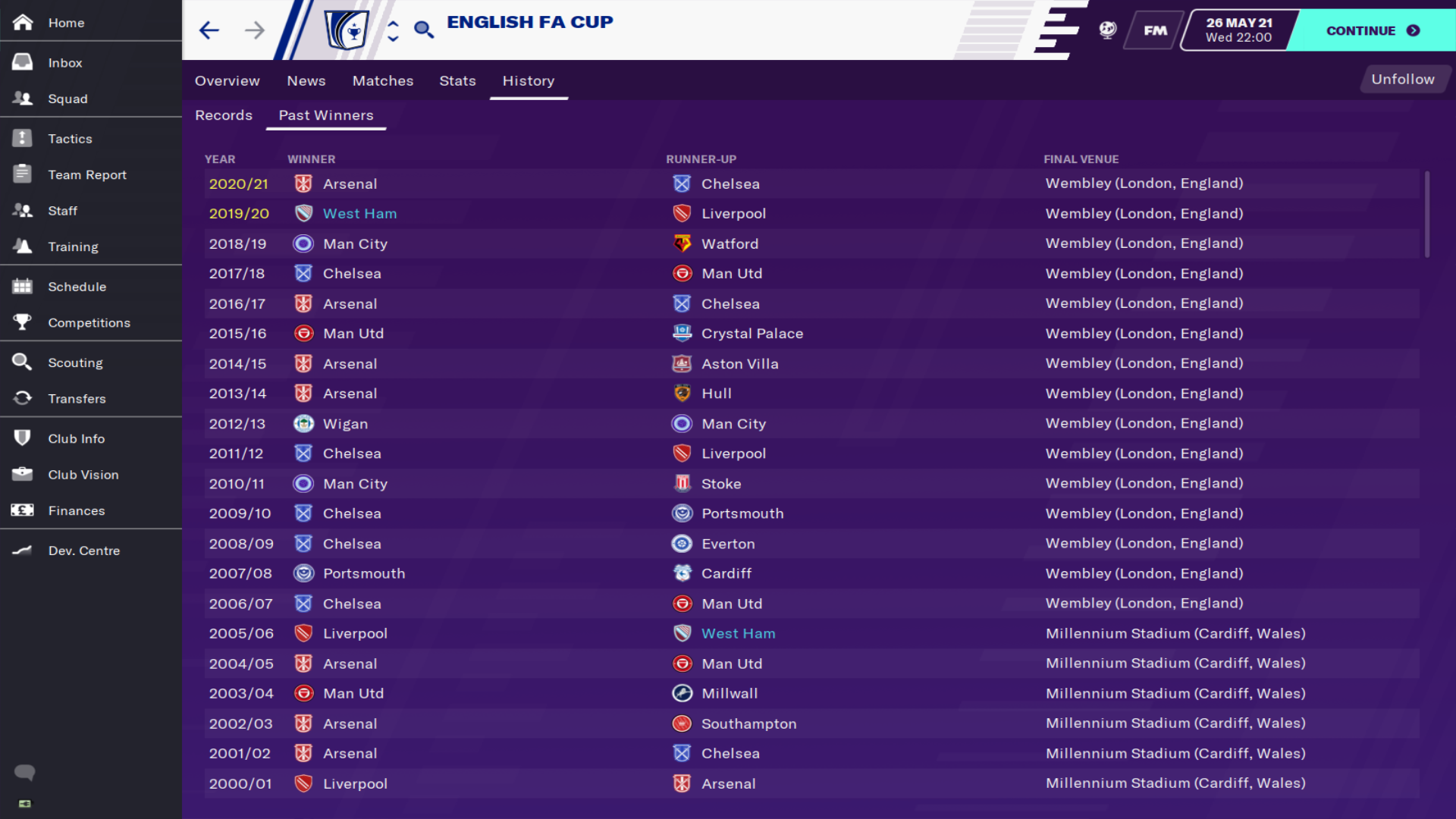 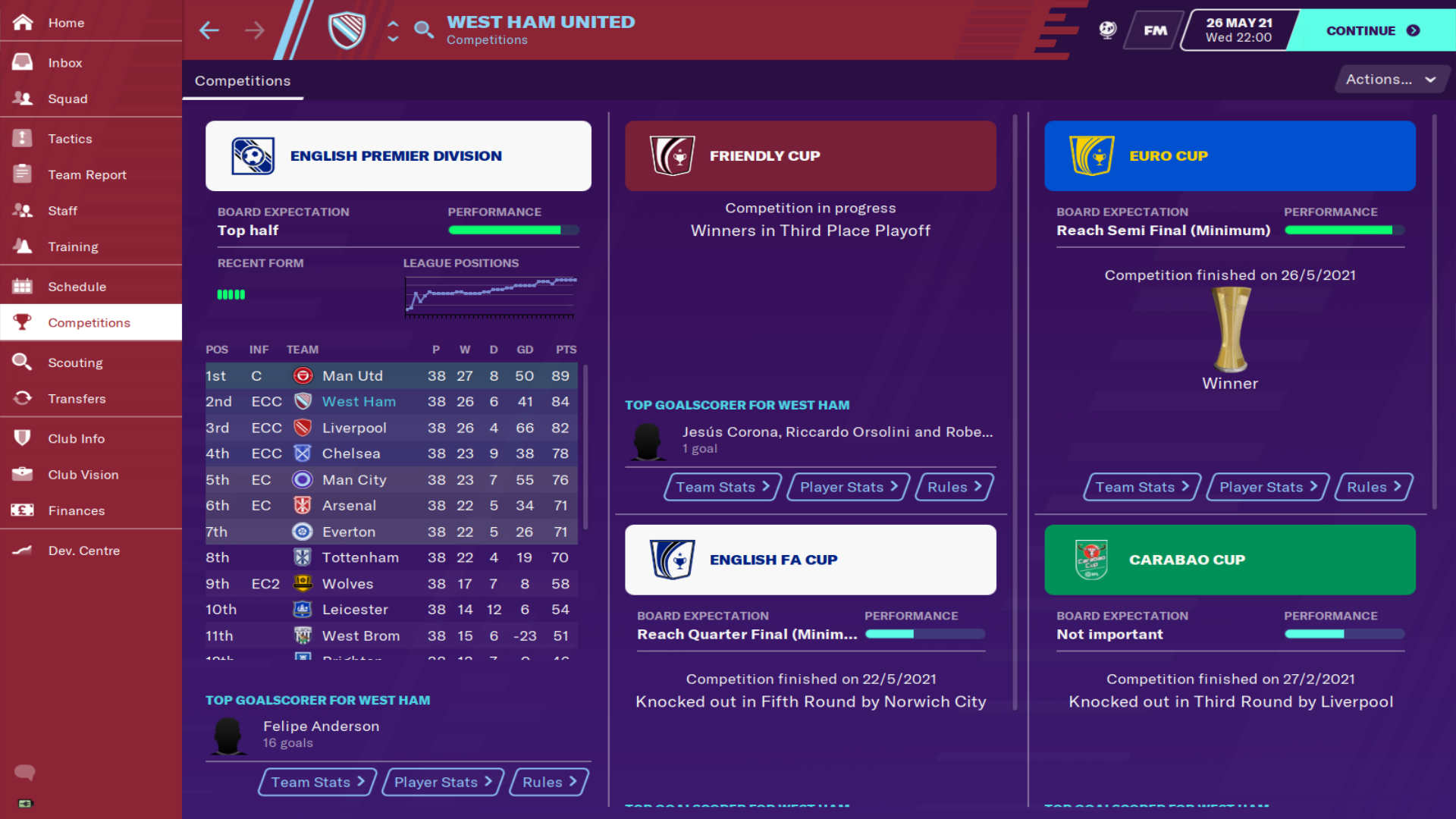 Many Thanks & Best Regards
BJT

@BJT looks good... might give it a go in my save with Man Utd

Cheers, hope they go well if you do

Thanks very much for testing both of these. Back to the possession drawing board for the moment.

I love your team B btw