Hi, have another couple if you could give a run for me please. 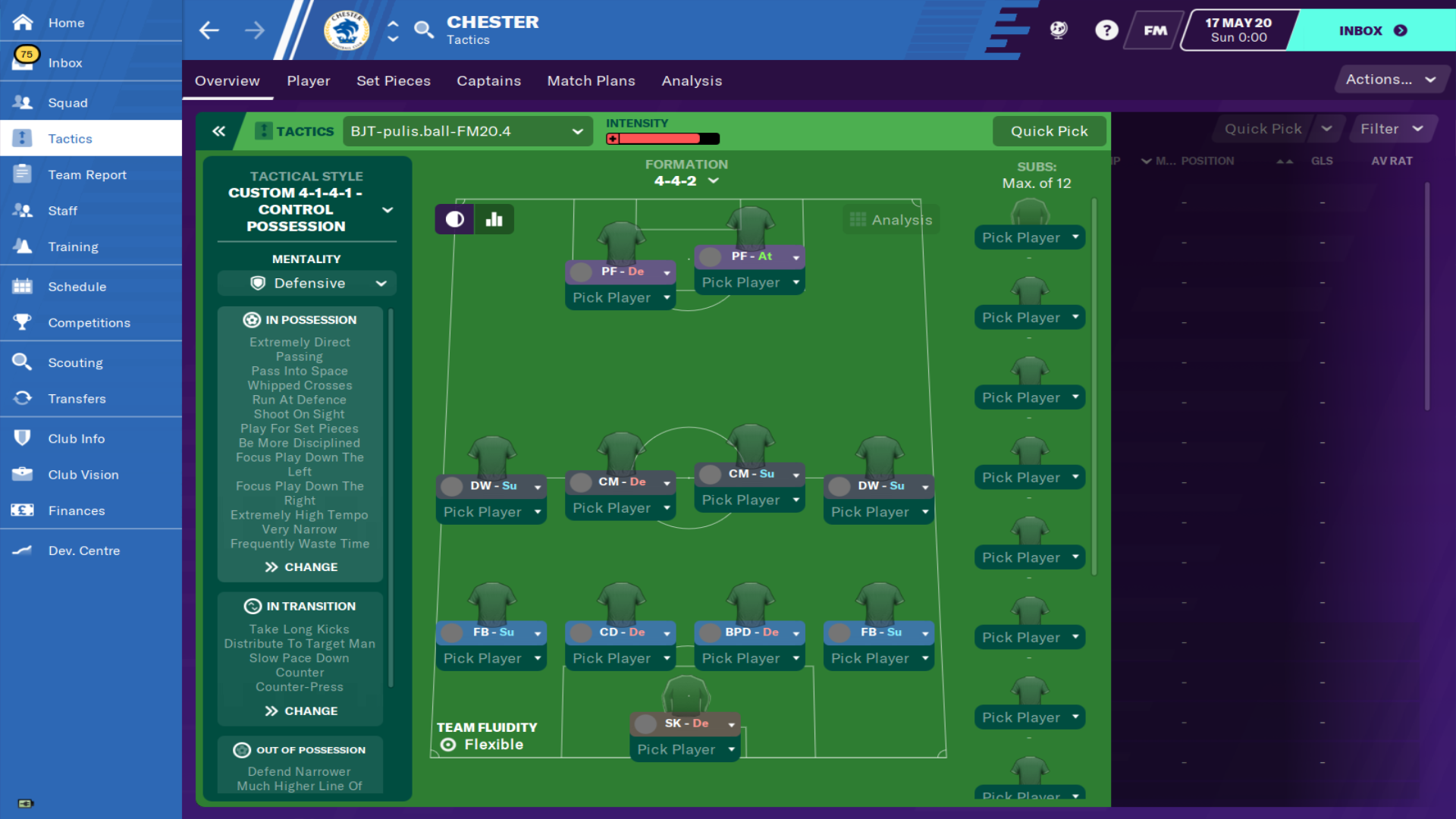 First is my other favourite style of football to watch compared to Barca – Pulis.Ball, based on his Stoke side and tweaked for this last patch.

You’ll get to watch your side keep lumping up to the two pressing forwards who will harry the opponents back line aggressively from the front.

The defensive side will see our back four be well positioned to drop deeper when need be, making the side a solid outfit to break down.

In all honesty, it might actually put some of you to sleep watching this sort of football in FM and the possession count can get very low.

Nevertheless, I do enjoy the style and hope there are some other defensive long-ball lovers out there that will resonate =)

And yes, this system does use the defensive mentality and for the first time in my tactics, I have a long throw routine setup in memory of Rory Delap! 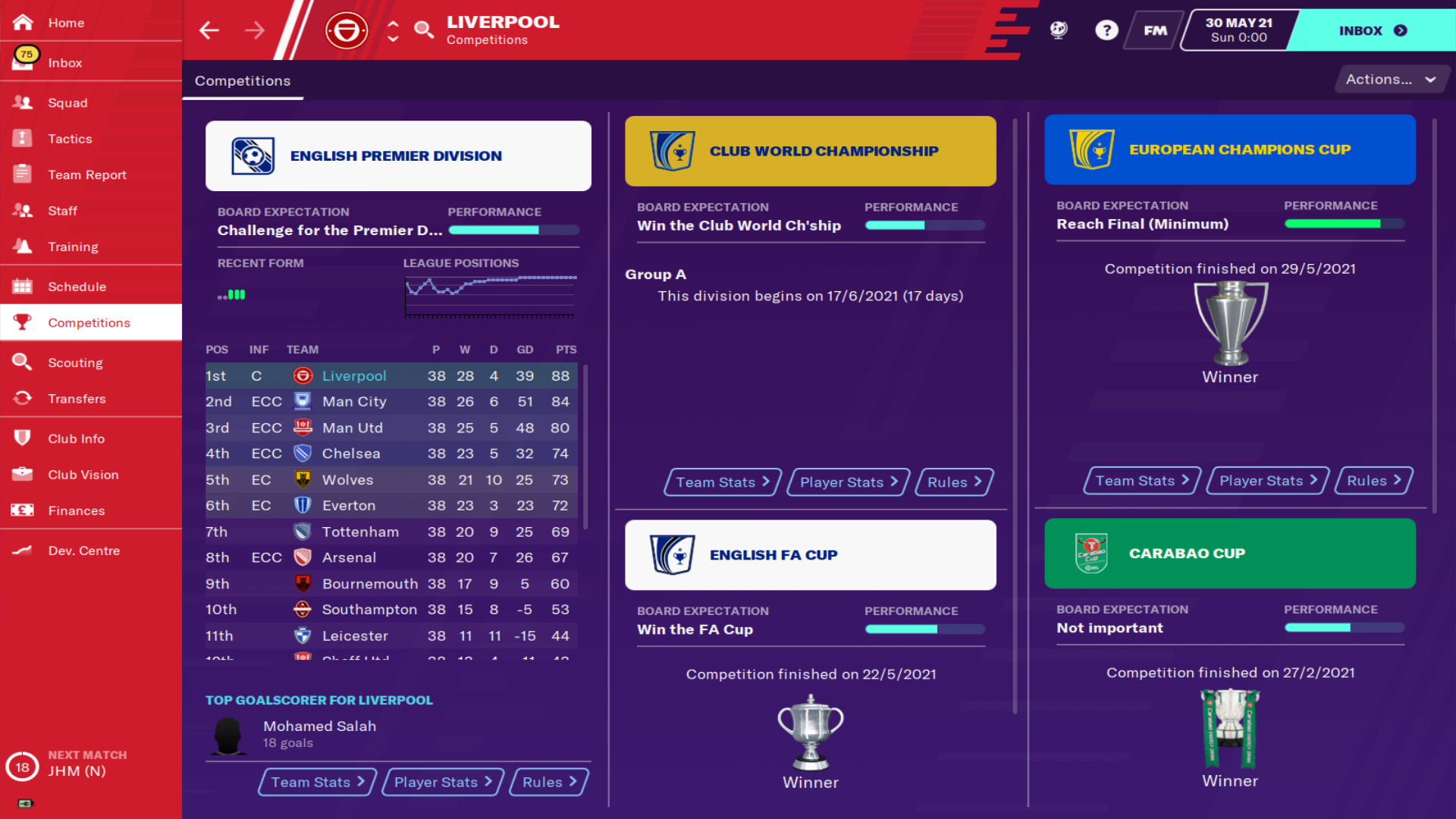 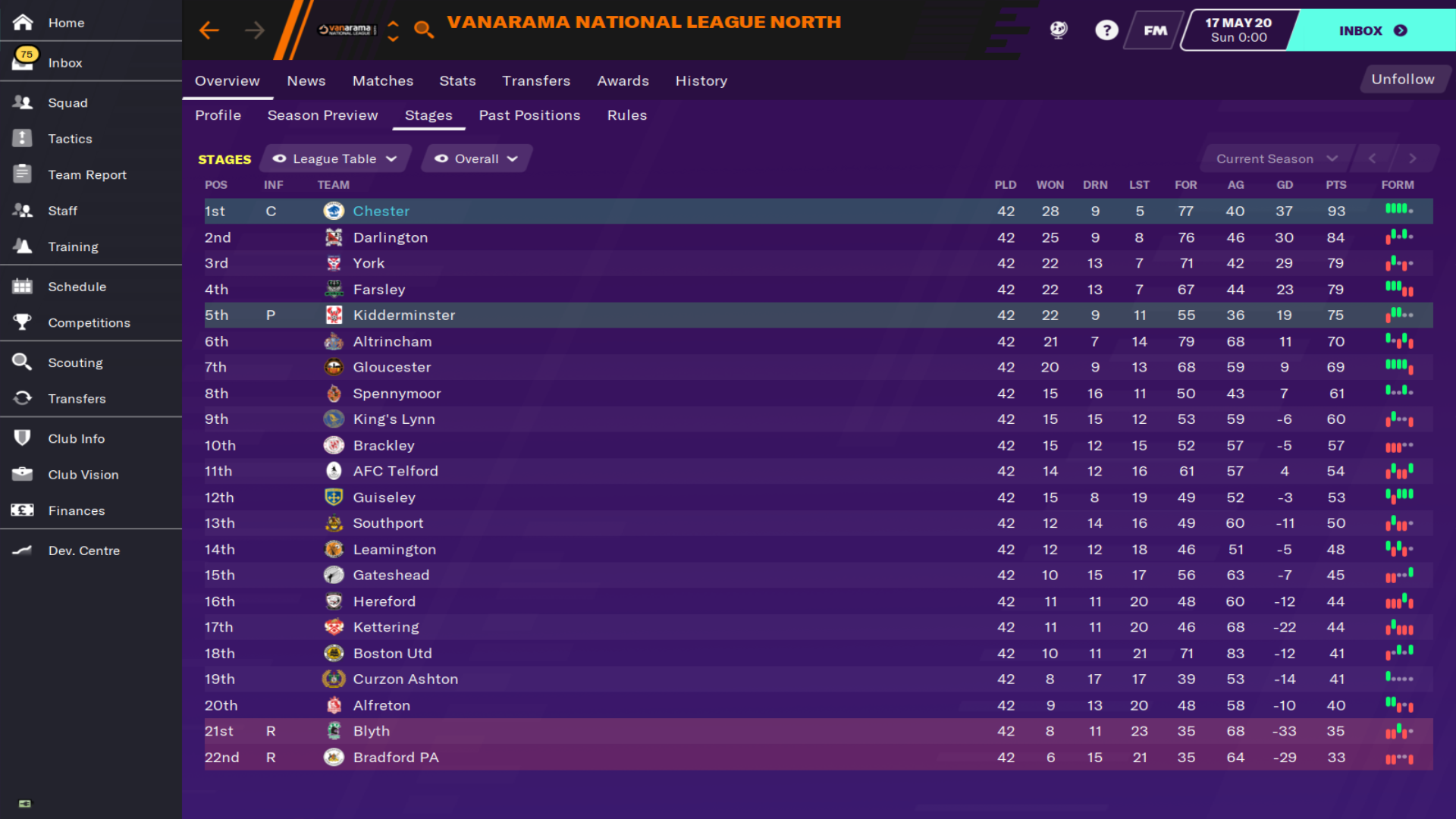 If Stoke could get to an FA Cup Final with players who can’t play football, I was hoping that surely with a better group it could potentially give some success.

Albeit a low points tally, we won the premiership with my Liverpool season 2 side with a mere 88 points and 39 goal difference only! But this was along with winning the other 3 major trophies too.

With Chester, we comfortably gained promotion from the Vanarama North.

I’d like to see how this fares as a standalone system here, as I think I saw a defensive system struggle when tested.

I’m hoping it will perform reasonably okay, in the hope the long-ball may have a place in the next fm coming up. 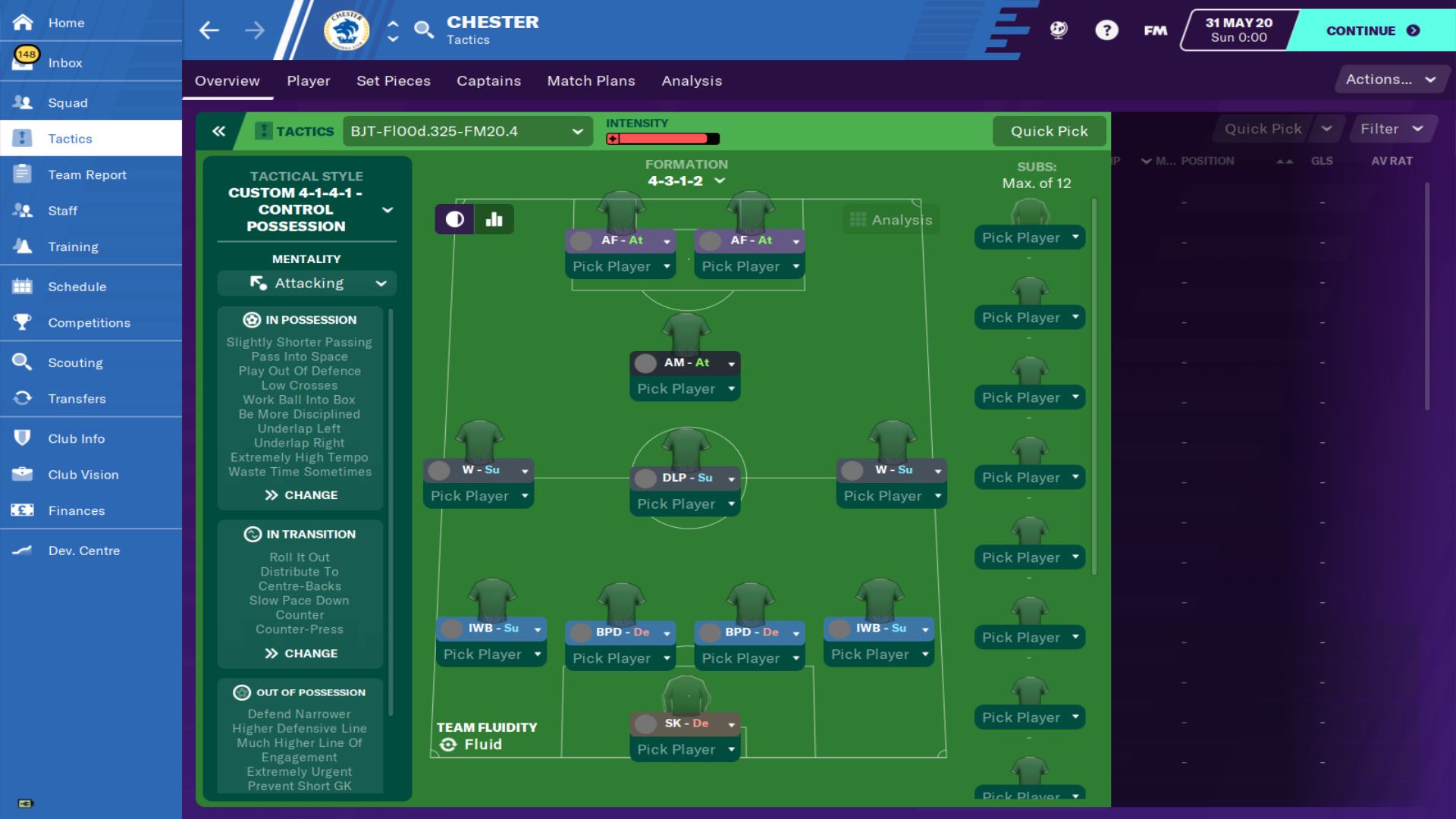 It’s called flood, as its simply one of my higher goalscoring system along with one of my leakier defense ones. The player formation seems to be a successful one on this year’s FM, so wanted to try create something from it.

It achieved a 101 goal difference which I thought was pretty okay so wanted to give this a test run here too. 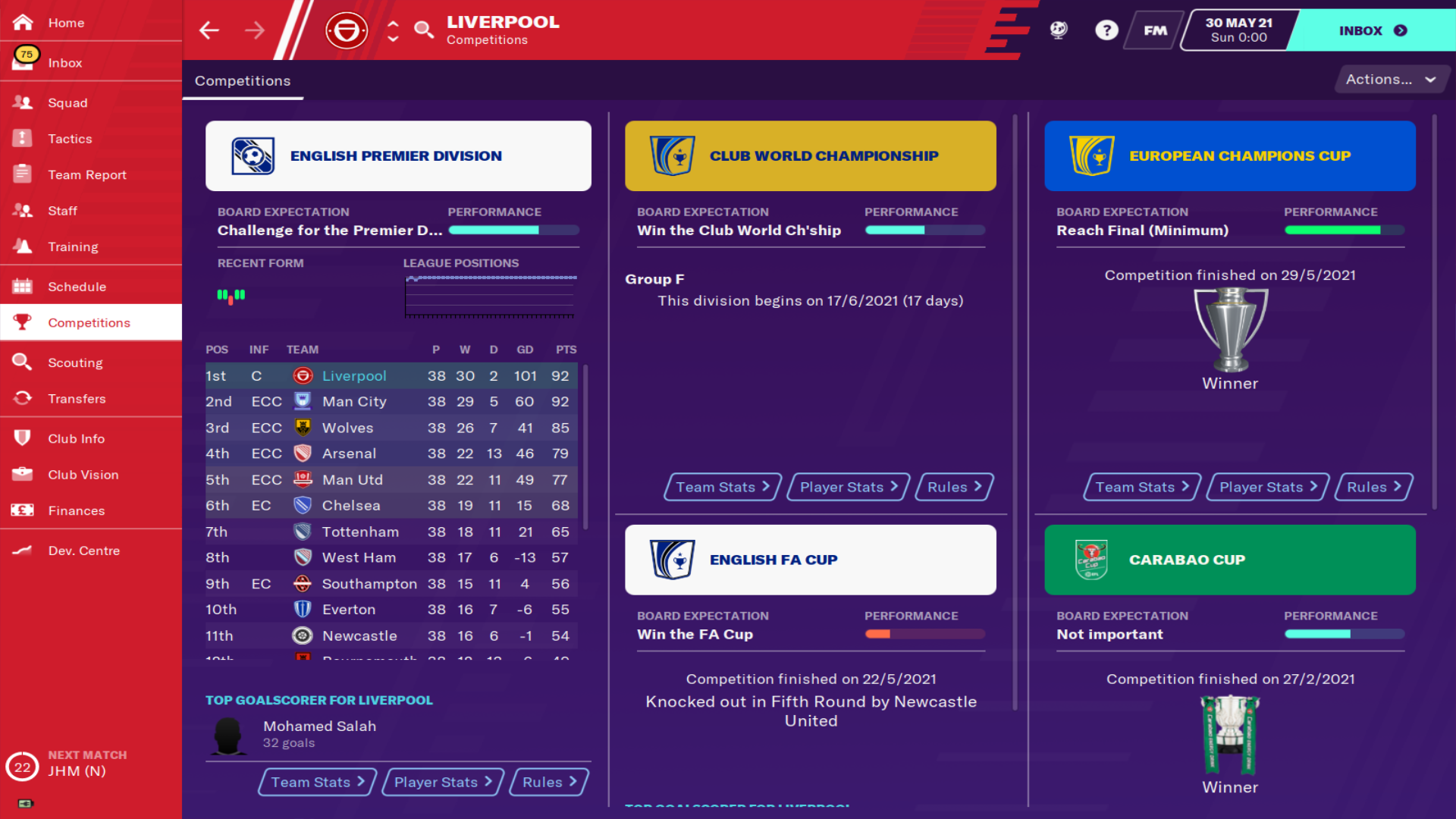 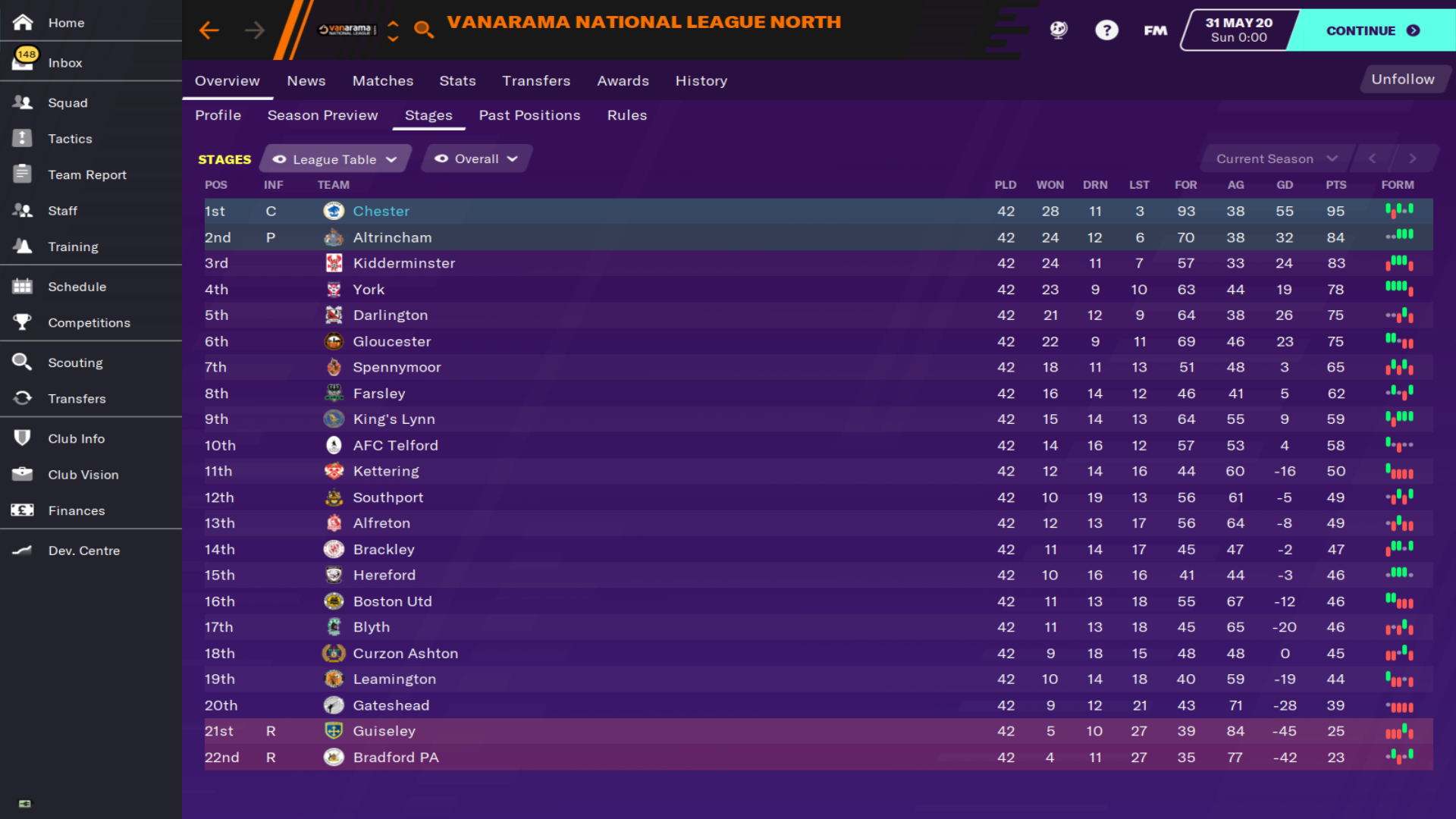 As mentioned it had a 101 goal difference in the league with Liverpool with a couple of other trophies also won.

With Chester we comfortably got promoted again from Vanerama North.