DeviAngel
Profile
Find Threads
Find Posts
1 2 NEXT
FANATIC
Posted 26 days ago
Тhere's a V2 of this tactics on FMBase is it yours @Maverick or ?

Your suggestion was tested last patch. Got a score good enough to win most titles, but not better than the top tactics.
https://fm-arena.com/tactic/946-zaz-blue-2-2-1pf-tweak/

If you want a tactic with real strikers, Fanatic is king. Expand

Nah.... I just love to see those stats like the earlier FM21 patches where the AF scored 50 goals :lol:
ZaZ - Blue 3.0
Posted Apr 14, 2021
@Prutton I have to ask. I don't know if its because of the players. I moved to Lazio, I played with your tactics this new season, the only change I made is taking out the CM and moving it to AF position.

I got some good results but again I don't know if its because of the tactics or the players.

Have you tested something like this ? I just moved the CM to AF nothing else... I was thinking about putting the DLP (defense) instead of Support. 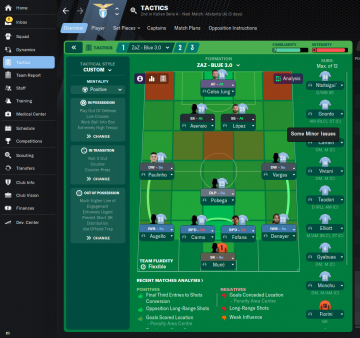 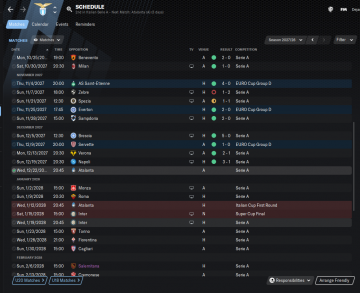 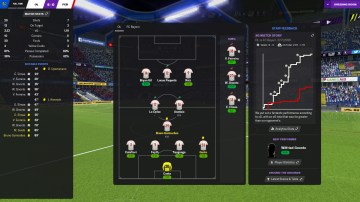 My second season in OL, just destroyed BM.
VOID
Posted Apr 8, 2021
Cyborg said: With any team this tactic will get you a much higher place than the media prediction of the team.

I'm sure the above is true for any tactic that got 6.0 rating or higher in the testing.

Thank you so much. I'm a fan of your tactics. I play FM since the very first version and test a lot of tactics but I never ever dared to create one...

Thank you for your reply and time.

Keep up the good work

For example, would you recommend it for a team like Parma, Paris FC, Mainz etc.. or something like building a low league team into a powerhouse.

And how many goals does the SS score

P.S. Have you tried it with IWB's insteand of FB's ?
VOID
Posted Apr 7, 2021
Do low level teams and underdogs preform good with this tactics? Because Its perfect for me cause I don't like wingers or dw, I'm kinda fan of the CM'S
Narrow Phoenix V5 Tweak - consistency consistency, finally consistency!
Posted Apr 7, 2021
I will try this because its narrow and I have a soft spot for CM'S and I'm not a big fan of wingers (dunno why don't judge me :lol

ZaZ - Blue 3.0
Posted Mar 20, 2021
Prutton said: I wonder what is the worst team that this tactic would manage to win a top league or even the UCL in the first year, without any transfer. Expand

I finished 3rd with Benevento, no transfers. Its kinda leaky sometimes but great tactics !
Kickback
Posted Mar 18, 2021
On my test with Benevento I finished 2nd with no transfers.
Phoenix
Posted Mar 16, 2021
Magician said: If you play in French Ligue 1 and manage PSG then you can have some crazy amount of goals scored at the end of the season because your team is much stronger than any other team in the league and you greatly dominating your opponents winning and scoring 4-5 goals in every match and if your shadow strikers don't get injured during the season then each of them can score about 30-50 goals in the league but if you play in English Premier League then usually, your results are more modest because English Premier League is much more challenging than French Ligue 1 and there are 4-5 teams that can compete for the title and even with a very strong team like PSG you won't dominate your opponents in English Premier League like you would do that in French Ligue 1.

Also, having a proper attributes is very important for scoring goals but that subject has been discussed many times already. Expand

First of all I'm a big fan

I'm basically a tactic tester. I'm playing FM since the very first version of the game and tbh I never tried to create a tactic but I've tested almost all of them.

I've found on FM21 that every league responds differently. For example in EPL from my test attacking tactics excel, Bundesliga and League 1 are similar and respond almost identical to tactics.

I've found Serie A is more complex than the other leagues, not because I'm Juventus fan (:lol

but every tactics almost underperforms there even Phoenix struggles sometimes even thou more of the time its up to the team.

I love your tactic as its the most stable on this version of the game (FM21) even thou I love a good high pressing 442.

I found out that on this version the AF score like mad no matter what stats he has but the defense sucks...

I always start in 4th-5th league or 2nd and work my way up.

anyways thank you for the tactics.
Phoenix
Posted Mar 16, 2021
Magician said: the tactic updated is for the 21.4 patch Expand
:bow:

Bravo, you are really fast.

I have a question is there a way for the SS to score more? What it is the most goal you encountered scored by your player?

You updated and the game updated, 21.4 is up

AFTERLIFE
Posted Mar 2, 2021
I just won CL with West Ham, eliminating Real Madrid, Dortmung and won the final against Arsenal in the CL final. In extra time. I used V2 of the tactics and sometimes V3 but I THINK V2 is better.. MY teams just started getting bad results in the league in the last month and a half - only one win and slipped to 6th place BUT I WON the CL and had great campaign.I used this tactics from January until the end. 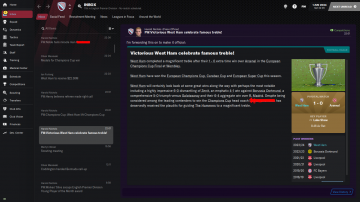 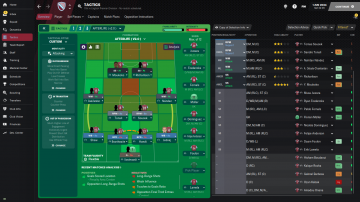 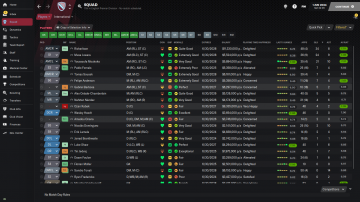 AFTERLIFE
Posted Mar 1, 2021
I am only using this tactics and trying because I LOVE zealots :lol:

"My life for Aiur!"
Phoenix
Posted Jan 19, 2021
Magician said: Guys, if you are talking about fm-base testing then thanks but honestly, fm-base results look very weird to me.

, so it's about 14% difference but taking into consideration the difference between the tactics I don't believe such big difference is ever possible because when I test these tactics in my private testing then I get about 3-5% difference at most. Expand

Its funny for me too, It uses POSITIVE approach and I get better results in CL with the tactics but in the league I already have 2 losses.

With Phonenix 3.0 I had 1 loss whole season, struggled in the group stage but managed to 2nd knock out.

and my striker scored more with Phoenix 3.0

P.S. I send the original Phoenix 3.0 up for test in fmbase, I hope you don't get mad at me

I use Wolfsburg btw
Phoenix
Posted Jan 19, 2021
Your tactic topped fmbase but the DM/AP tweak

Waterfall tweak, a tweaked version of Egraam's tactic (V1)
Posted Jan 13, 2021
Dimartino said: No. I actually like how CD's behave this year.

Don't get me wrong I'm loving the tactic.I'm a person who tests a lot of tactics against other tactics with relegation candidates.

I just thought about it, I changed them and the first three matches I have better ball flow and better actions. Maybe its in my head I don't know