I don't expect it to be a record breaking tactic but could possibly be decent if people like to switch up their tactics from the regular high-line press with the advance forward up top or like playing counter attacking football.

I used this on full holiday with injury on and no transfer and I believe that especially in milan if Hernandez was not injured for long stints the tactic would have produced even better results.

For Galatasaray I used them due to them having good wingers and 2 good target forwards, but they lacked the work rates and quality wing backs to maximize efficiency. 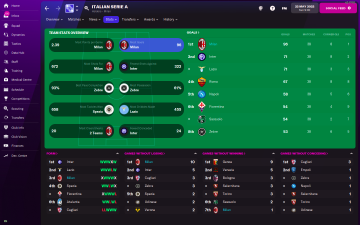 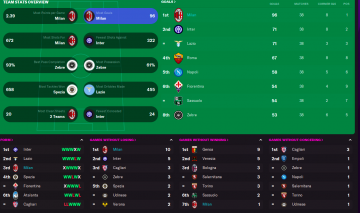 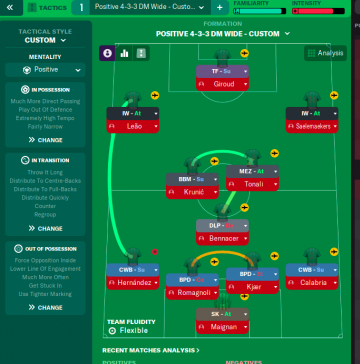