Penaldo
Profile
Find Threads
Find Posts
Leading Leeds To The Promised Land
Posted May 3, 2022
Got bored with my old save of simulating 20 years in the future and then playing the prem team with the biggest fall off so here's my new save (shoutout ZaZ for the text format and his great tactics) so therefore gonna play a journey from taking Leeds United from a team fighting relegation to Champions League glory (Hopefully). Results will be posted here after each ten or so games. The team chosen was Leeds United, from the Prem. I chose them because of the large history they have as a club whilst having a sub par team for the league that they are in relying heavily on Bielsa's high press and pressure tactics. Tactics used will be Positive Tiki Taka CM's Attack (s/o Geek for the tactic https://fm-arena.com/tactic/2674-positive-tiki-taka-cms-attack/) as it's the highest scoring tactic using what I would consider a realistic or regular shape that teams in the prem or top 5 leagues would use and makes the most of having a strong midfield duo/trio and there will a limit of 10 games per day just to keep my interest in the save up so their is no burnout.

For this season, I expect to be challenge for a European spot this year, since there are some quality players in the Leeds side such as Raphinha, alongside young talent like Gelddhart and ofc players like Dan James with his crazy pace which is great for the match engine. On top of this I should be able to ship out any deadwood from the club meaning I'll be able to mould the team the way I like. Media prediction was 12th.


ONE PLAYER EVERY PREMIER LEAGUE CLUB MUST SELL IN JANUARY

One Transfer Every Premier League Club Needs in January

1 PLAYER EACH PREMIER LEAGUE CLUB NEEDS TO SELL IN THE SUMMER! | #WNTT

So from these videos the players I have decided to transfer list/ look to move on are; Liam Cooper, Rodrigo and Crysencio Summerville and below I'll show a shortlist of all the players who were mentioned for Leeds to look at signing

S/O WorkTheSpace for the wonderkid shortlist from this video

S/O RDFTactics for the training schedules 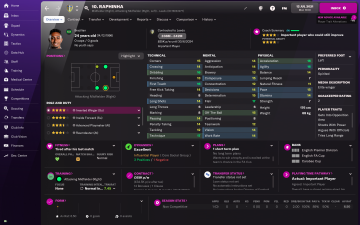 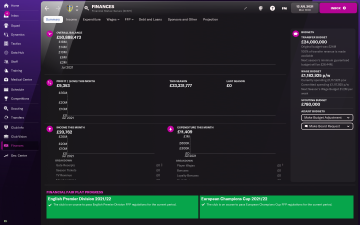 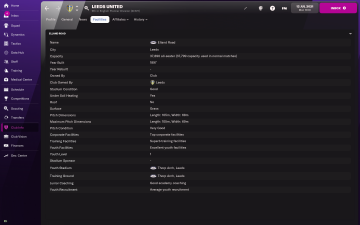 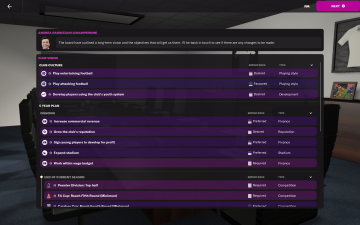 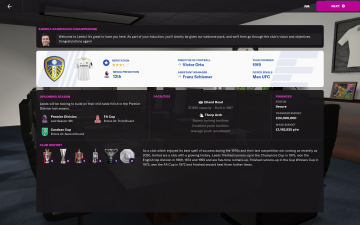 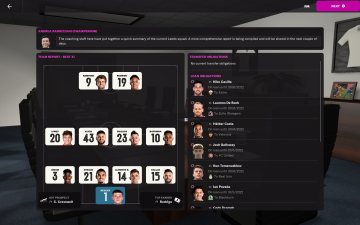 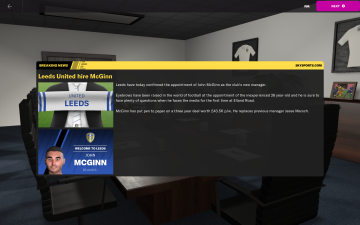 ZaZ - Blue
Posted Feb 2, 2022
cadoni said: The "exploit" is somewhere else where you are looking. Try harder. Expand

"Try Harder" bit confused by this are you annoyed at ZaZ for not finding a ground breaking exploit in the game whilst still having the top tactic?
Burton Albion - All the gear, No Idea
Posted Jan 26, 2022
Got bored with my old save of simulating 20 years in the future and then playing the prem team with the biggest fall off so here's my new save (shoutout ZaZ for the text format and his great tactics) so therefore gonna play a journey from league One in England to Champions League (Hopefully). Results will be posted here after each ten or so games. The team chosen was Burton Albion, from League One. I chose that one because of the the great facilities as they use St James Park . Tactics used will be ZaZ Blue 4.0 and also using Solid and Light Blue (https://fm-arena.com/tactic/2634-zaz-blue-4-0/) and limit myself to 10 games per day.

For this season, I expect to be promoted in the first year, since the lower leagues are usually very easy and I will be able to develop my players well as well as being able to recruit pacey players that will be able to just outrun the rest of the league. Media prediction was 13th.

Also might use the money ball system that is shown in Zealand's video (https://www.youtube.com/watch?v=yqIXVjCdYks) for the second season and onwards if it becomes to easy with no attribute masking 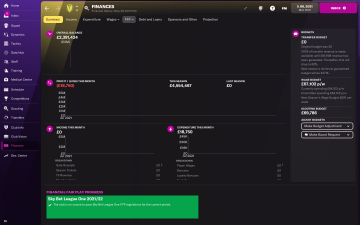 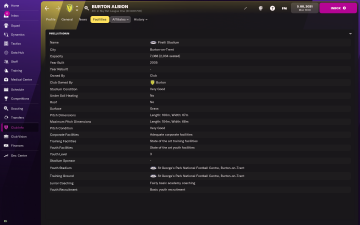 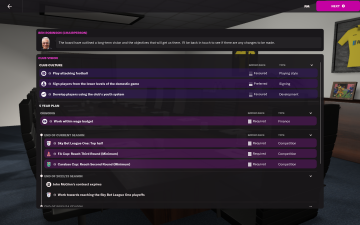 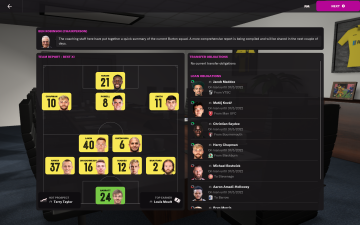 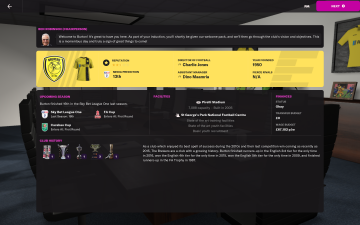 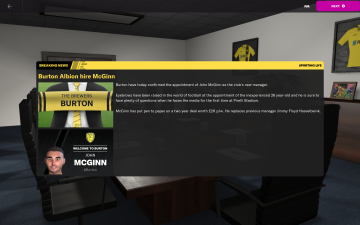 Important Attributes for Blue DM
Posted Jan 19, 2022
ZaZ said: I'll post below the study of ykykyk05251, from a basketball manager development team, about the most important attributes for each position in Blue 3.0 RPM (aka Blue DM). Keep in mind that not everything might translate to other tactics, but it's only natural that a good part of it actually does. Great thanks to ahstzl1989 for translating the entire text from chinese. If anyone wants to see the original post, visit this thread from a chinese FM forum.

Basic description.
1, we are a basketball manager game development team, the development process reference study a lot of FM settings, including the game engine.
We have learned a lot about the game from the bursting shed, and the purpose of this post is to give back to the community

2, in order to analyze the mechanism of FM's game engine, as well as the degree of science, we designed a system for measuring the degree of influence of each player's attributes on the final victory or defeat in FM.

3. fm-arena.com gives a preliminary test of the relationship between player attributes and wins and losses in FM2021 and FM2022, which is of some reference value and inspiration for our work
However, as it is only the non-professional work of amateurs, from the point of view of rigour, there are the following problems
1) It only gives the results of which attributes have a greater and lesser impact on winning and losing for all players, but in reality, the key attributes are obviously different for different positions, and the results of the test clearly show that only those attributes that are important for all positions will be more important, while those attributes that are important only for certain positions will be less important in the test. For example, its test results show that shooting has almost no effect on winning, while explosive power has a big effect on winning and losing.
2) Its test sample is insufficient, its test for each attribute was only carried out for about 900 matches simulated, but for a normally randomly distributed sequence, in general it needs to be randomized at 10,000 times before it converges relatively well to the mean.
(3) The effect of attributes on wins and losses is non-linear, and the test only deducts 4 points from the attribute to investigate whether it has an effect on wins and losses, but sometimes, just because 4 points have no effect does not mean that 8 points also have no effect, and it is also possible that 2 points have an effect that is close to 4 points.
4) There is a correlation between the impact of attributes on wins and losses, and its test of only changing one attribute at a time to test the impact on wins and losses can be interfered with by the correlation. For example, a breakthrough can lie on the ball to change direction and accelerate past a player, relying on physicality but not on discography, or it can rely on discography. If a player is good at both physicality and discography, then reducing his discography will not significantly affect his breakthrough effectiveness, as he can accelerate past people with a lie-back change of direction instead of discography.
5) Different tactics require different attributes for each position of the player, and it is not rigorous to talk about which attributes have an impact on winning or losing away from specific tactics.

4, we use artificial intelligence to conduct attribute importance research, artificial intelligence technology used a deep neural network similar to Go Alpahgo.
We fixed the tactic as the strongest tactic on fm-arena.com, ZaZ-Blue DM, for this experiment in order to analyse which attributes of players in each position have a greater impact on wins and losses under this tactic.
We built an artificial intelligence system and trained the AI to design the best attribute assignment for each position's performance with the same CA for each player in the whole team.
The approximate process was as follows: first, each attribute at each position was assigned the same value, then the neural network would try to change the value of certain attributes at certain positions (keeping CA constant) to see if the change had a positive or negative impact on wins and losses, and thus iterate over the multi-layer network to know what the AI thought was the best combination of 11 players.
We obtained the convergence results by training roughly 140 machines for 3 weeks and simulating 40 million games.

5. To verify whether the best 11-player attribute allocation given by the AI is really the best, we conducted another result validation test
Three groups of teams were designed, one with evenly distributed player attributes, another with the best 11-player attribute assignment given manually by experienced players based on their gaming experience, and the last group given by the AI. Put into a test league for 100,000 games, the AI's solution was significantly better than the human players' solution and far superior to the even distribution.

Conclusion.
For the ZaZ-Blue DM tactic, for each position we obtained the following levels of importance for the attributes (the values were normalized by 5 for ease of viewing, which should be sufficient accuracy for the game). 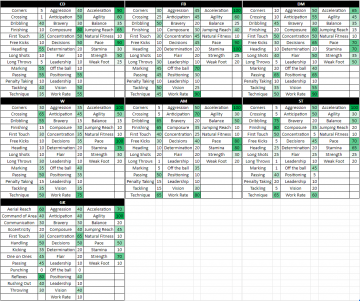 Main limitations.
The current experiments are costly and non-replicable, engine versions are changed, tactics are changed, and the AI needs to be retrained without migration learning, so our next phase will focus on migration learning, where the results obtained from iterative training in the case of a certain version of a certain tactic are used as the basis for a new engine and a new tactic, and rapid iterations are made to obtain results in a new environment.

A FM Genie Scout rating based on the findings of the study can be downloaded here. Expand

With the genie scout ratings once we have loaded them and it's calculated the ratings do we just search by the positions that the tactic uses or do we search using the current ratings
tweak of zaz blue DM _tweak of tweak
Posted Jan 19, 2022
Ah yes the old tweak of the tweak of the tweak, interested to see how this rates with the overlap in the match engine
Training and development for young players
Posted Jan 13, 2022
Thanks for this test will be watching closely
ZaZ - Blue
Posted Jan 13, 2022
Hey ZaZ any traits that we dont want on certain positions or any that we do want thanks

ZaZ said: I have added a section "Player Traits" on first post. Expand