Pulsar
Profile
Find Threads
Find Posts
Comet
Posted Sep 3, 2021
Middleweight165 said: @Pulsar Can I swap the sides of the AM and ST? My AM is left footed and ST is right footed. If I swap the side is there anything else I need to do? Expand

Yes, you can swap them.
Valhalla
Posted Jul 5, 2021
raumdeuter said: can you try positive mentality? Expand

I've tried 'Positive' mentality and it did well but I find works better with 'Very Attacking' mentality at least for me.
Comet
Posted May 4, 2021
Marck said: Hi, Can you let me know who takes what on Throw-ins, corners etc...? Expand

I've tried the tactic with Man City and it also did great.

I went unbeaten in the league and won almost all trophies. 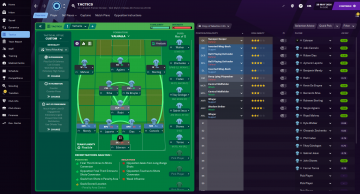 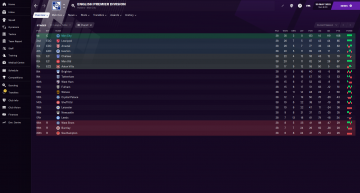 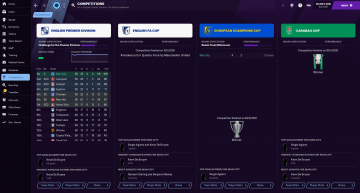 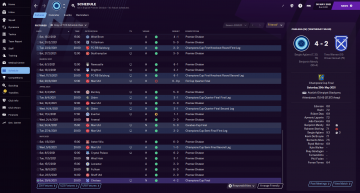 Here's another my tactic Valhalla. It did great with Liverpool.

I'd like to see how it'll do in the testing. 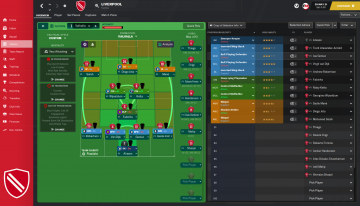 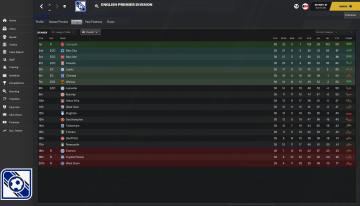 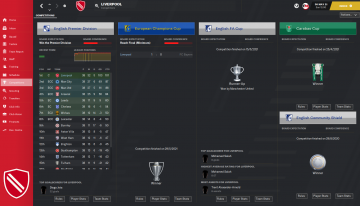 Thanks, pal but I really don't deserve any credit I'm sure many people guessed that if you take any strikerless tactic from the top of the table and turn one of the shadow strikers into a real striker then you'll get a very good tactic with a striker.

I was just curious what score such tactic will get in the testing and that's why I posted this tactic.
Comet
Posted Mar 10, 2021
ZaZ said: I might be wrong, but this seems to be Phoenix 4 with one SS pushed forward. I supose it is very close to the best you can get with one real striker. Expand

Yes, you are right this is a tweak of Phoenix 4.0. I turned the left shadow striker into the advanced forward and it seems the tactic still works really well.
Comet
Posted Mar 10, 2021
Hi,

Could you please test my tactic. 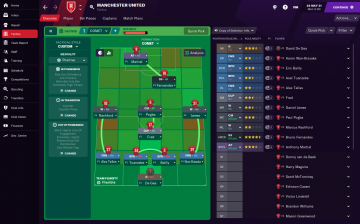 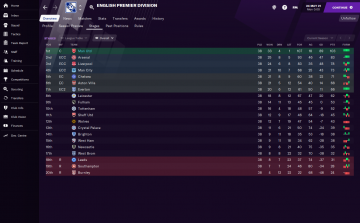 That's for sure. I'm just saying that many players in top teams have a lot of player traits which makes them play regardless of the tactic.
The most important player attributes in FM21.
Posted Jan 27, 2021
ZaZ said: I wonder why Run at Defense doesn't make much difference. Judging by the results, now with Agility too, as well as Acceleration, Pace and Dribbling, it should be a super effective TI. Expand

Also, "Run At Defense" won't make much difference when you manage Barca, Liverpool, Man City or any other top club because anyway many attacking players in those teams already have "Runs With Ball Often" Player Trait so "Run At Defense", "Dribble More" or "Dribble Less" instructions won't make any difference for them.

Just look at the player traits of Messi, Salah and Mane 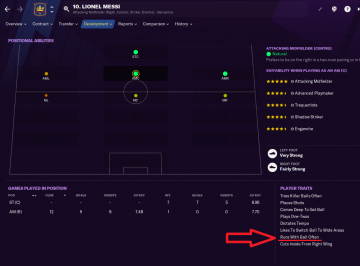 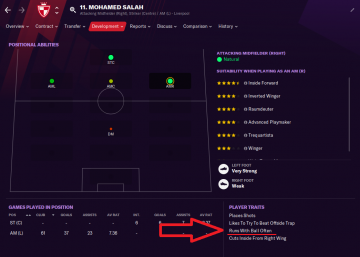 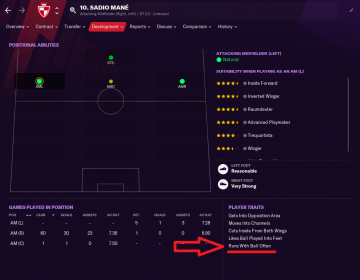 That's why any tactic works very well with such teams as Barca, Liverpool, Man City and so on, it's not only because the players in those teams have crazy attributes but that's also because many players in those teams have many preset "locked" tactical instructions in their player traits so that makes a poor tactic works good.
The most important player attributes in FM21.
Posted Jan 26, 2021
ZaZ said: Now that's a surprise, considering I have always ignored balance. It didn't affect GF so much, so I assume it's more important in defenders, as well as anticipation. Expand

Balance is an important attribute for attackers, especially, when they run with the ball and get tackled, high Balance attribute helps stay on their feet and prevents falling down when get tackled or challenged.

The defense side has also decreased.
The most important player attributes in FM21.
Posted Jan 26, 2021
ZaZ said: For reference, these are the weights for all attributes, for different positions SI might change the weights of the attributes for different FM versions so I'd suggest checking the actuality of the table for FM21
Apache v1.0 (Cerber V4 Tweak)
Posted Nov 7, 2020
siv1812 said: https://fm-arena.com/thread/372-TFF-Cerber-v5-unreleased/ Why was version 4 taken and not 5? Expand

I took V4 because it was the latest version of Cerber tactic released by TFF but I applied the tweaks that TFF suggested for V4.
Apache v1.0 (Cerber V4 Tweak)
Posted Nov 4, 2020
Middleweight165 said: Sure. I'm just interested in the process. Did he notice something that could be improved or did he just randomly change things to see the difference. Just a personal interest to see how these changes came about Expand

When I watched matches it seemed my team played better with the tweaks and the results also were better so I decided to submit the tweaks for the testing on this site. Glad to see it did well.

I've tweaked TFF's Cerber V4 and I think I managed to improve it.

I changed the attacking width to "Extremely Wide" and the mentality to "Attacking".

Also, I added the tweaks that TFF suggested for V4(the attacking free-kicks tweak and the passing tweak for the WBL and WBR positions).

Could you test it? 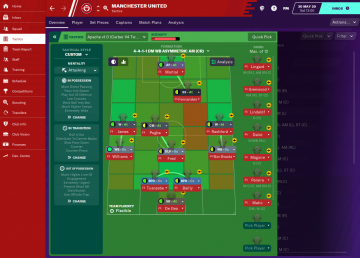 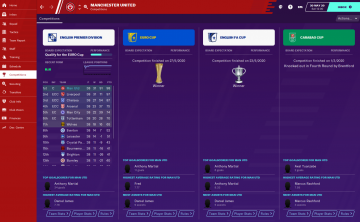 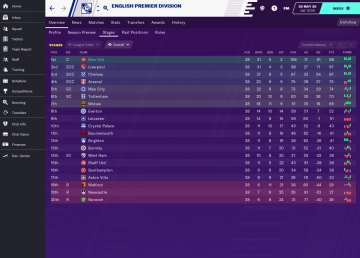 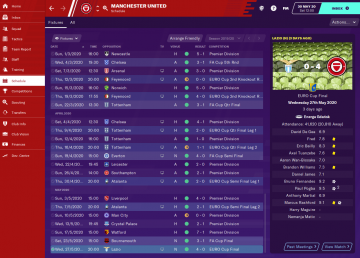