Maverick
Profile
Find Threads
Find Posts
1 2 NEXT
FANATIC
Posted 4 days ago
pipo said: What is the preferred foot of the two wingers Expand

Left winger - left foot, Right Winger - right foot
FANATIC
Posted Apr 21, 2021
DeviAngel said: Тhere's a V2 of this tactics on FMBase is it yours @Maverick or ?

No, 'FANATICv2' on FMBase isn't my tactic.
FANATIC
Posted Mar 22, 2021
I've uploaded a defensive version of the tactic.

If at some point in a match you need to become more defensive then you can use it.
FANATIC
Posted Mar 21, 2021
DuG said: hey could you try recreating this but with a mixed throw in routine they seem to be stronger than just long throws now? Expand

Hmm... Long throw-ins work better for me than short throw-ins.
FANATIC
Posted Mar 20, 2021
djdomo said: is there a Conditions Saving Tactic for this

I'll make it soon.
FANATIC
Posted Mar 20, 2021
Danney07 said: Hi guys, could someone do me a massive favour? Can you post the player instructions? I’m on Xbox so I can’t download this sadly 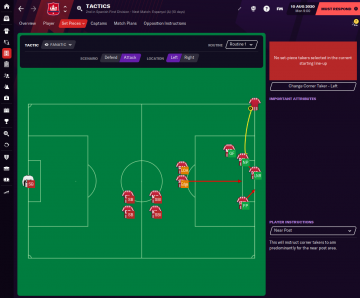 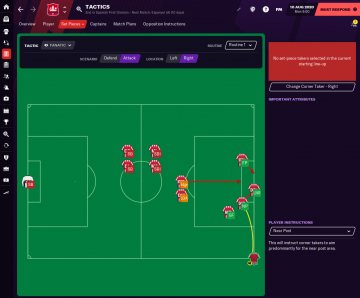 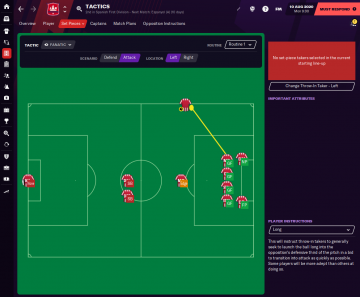 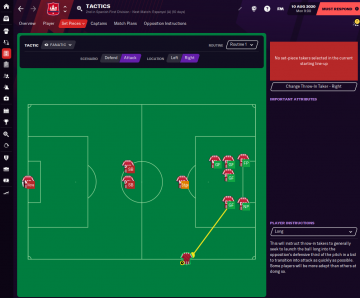 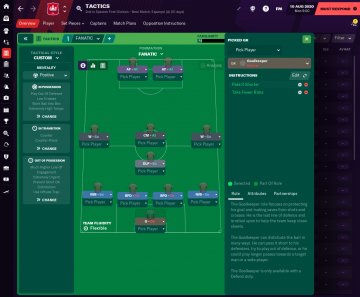 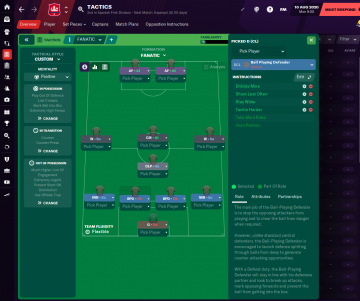 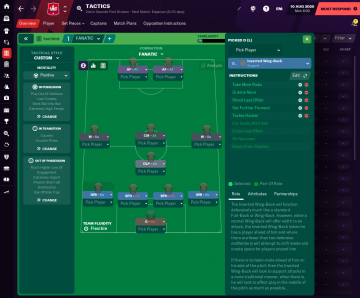 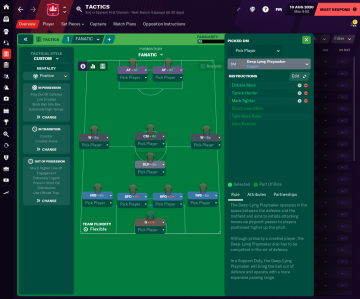 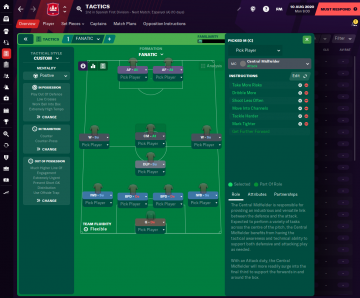 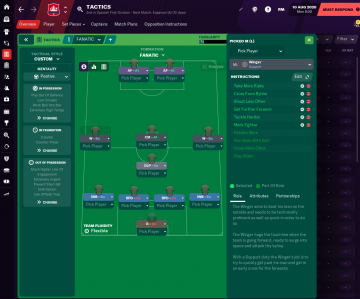 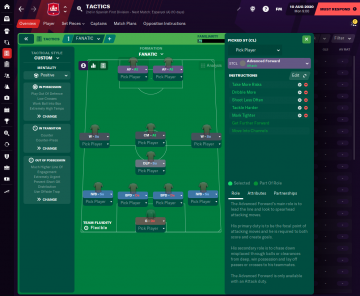 FANATIC
Posted Mar 19, 2021
Thanks for sharing your results, guys!

FANATIC
Posted Mar 17, 2021
dudu said: @Maverick
hey, which position scores the most of the goals? Expand

Please can you test my new tactic FANATIC for the 21.4 patch.

It's a tweak of Phoenix tactic.


If at some point in a match you need to become more defensive then you can use the defensive version. 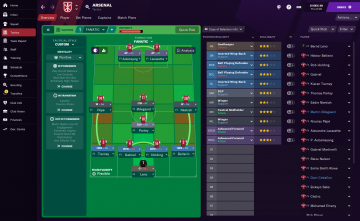 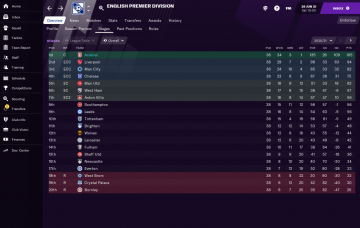 so then you just need to look for available players from that CA range and make sure their CA is allocated in accordance with this table - https://fm-arena.com/table/9-important-attributes/

It's as simple as that.
FM Genie Scout FM21
Posted Mar 7, 2021
crazyfmguy93 said: I need to understand "which things how to work"? @Maverick Expand

In what league league do you play?

What would be the highest CA for your league?
FM Genie Scout FM21
Posted Mar 7, 2021
crazyfmguy93 said: Is there anybody use Genie Scout with Phoenix, Zaz, Afterlife? Expand
I prefer using FMRTE over FM Genie Scout.


crazyfmguy93 said: And which one is important? Positional ratings or current abiilty or role ratings? Expand
I suggest ignoring all that crap... everything is much easier and the only what you need to do is understand how things work.
The most important player attributes in FM21.
Posted Jan 26, 2021
Prutton said: Another question: I often use players in a position that they are not training, like a DRL in MRL or DM in CM, for example. If instead of using PI for dribble more I use the TI, does that mean they will perform better, since they will have familiarity to the dribble more instruction from TI, which they wouldn't from playing out of position? Expand

a player ability to play at a position and the tactic familiarity are different things and they don't interchange
The most important player attributes in FM21.
Posted Jan 26, 2021
Prutton said: So, is get stuck in useless if you use maximum pressing intensity already? Expand

"Get Stuck In" TI does 2 things: 1) Actives "Tackle Harder" for all positions in your tactic  2) Increases the pressing intensity.

Prutton said: Do you know what TIs convert to what PIs? Expand

That subject is huge. If you narrow your question then I'll try to help.
The most important player attributes in FM21.
Posted Jan 26, 2021
Prutton said: Simple question. Are you sure? Can I trust that information? Expand

"Get Stuck" TI also increases the pressing intensity but "Tackle Harder" PI doesn't do that.

"Run At Defense" TI and "Dribble More" PI do the same thing, they set the dribbling setting at the highest possible level.
The most important player attributes in FM21.
Posted Jan 26, 2021
Prutton said: Ohh, it doesn't stack? I always thought those instructions stacked. Will it be the same if I remove from PI and add to TI instead? Expand

"Run At  Defense" TI does the same thing as "Dribble More" PI and they don't stack
The most important player attributes in FM21.
Posted Jan 26, 2021
Prutton said: I wonder why Run at Defense doesn't make much difference. Judging by the results, now with Agility too, it should be a super effective TI. Expand

The "Run At Defense" TI doesn't make any difference because usually all positions already have "Dribble More PI" activated so the "Run at Defense" TI has no effect.
The most important player attributes in FM21.
Posted Jan 26, 2021
I'm not surprised that the Dribbling attribute also makes a significant difference in FM21