Also, post changes between this tactic and your previously tested tactic.

Please check. The last post has been modified. Thank you very much for your answer.
PARISSHiddink4123RPM110CC
Posted Dec 3, 2021
Zippo said: Hi,

Also, post changes between this tactic and your previously tested tactic.

No problem. The internal setting of PF responsibility in my last post is different from AF this time. In addition to strengthen the set - piece for tactical offensive force. I will correct the problem of the last post.
Thanks for your reply.
PARISSHiddink4123RPM110CC
Posted Dec 3, 2021
@Zippo Hi. Can you test your tactics for me?
There was an error in the last post because of the pre - and post-update issues. I'm sorry
PARISSHiddink4123RPM110CC
Posted Dec 2, 2021
@Zippo Hope moderators can help test it.Thanks.
PARISSHiddink4123RPM110CC
Posted Dec 2, 2021
The tactical thinking is declared here as Revelation,Respect.
Tactical thinking is mainly local advantages, piled up in the opponent's penalty area to the opposite side of the back defense suppression, to play more and less with three offensive team to complete the local attack advantage, the overall defensive thinking - absolutely fast, relatively accurate: Chinese armed police training, one of the gun-holding tactics. The first shot is absolutely fast, to suppress the other side with fast, the other side is attacked, the first antisense is to avoid and defend, to quickly stimulate the second shot, the third shot for time, the subsequent offensive personnel to follow up. The more accurate the first shot, the better. So in order to attack the advantage, the defense is no longer pursuing complete coverage of all areas, relatively no problem. After all, no offensive tactics won't win the game. The defense is relatively good.
Hope moderators can help test it.Thanks. 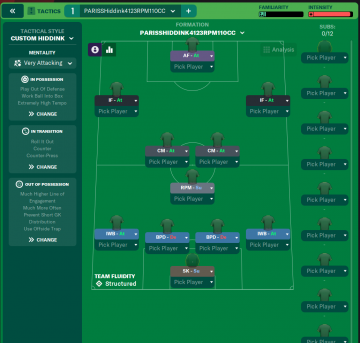 WARRIORSHiddink4123VAP
Posted Nov 30, 2021
VAP104 is the latest modified duty enhanced suppression version.Bother the moderator to delete the earliest tactics.
WARRIORSHiddink4123VAP
Posted Nov 30, 2021
@Zippo Hope moderators can help test it.The attack was completely liberated from the original 4132 concept.The whole team is open and shut.
Thanks.
WARRIORSHiddink4123VAP
Posted Nov 29, 2021
This tactical concept strategy borrows from RevelationV1.0.Respect.
A special tribute is paid to the author. In addition to the original tactical oppression, the attack and oppression are strengthened. An attack in which more plays are played and less compression of the opposing defensive line. This tactic has a high rate of attack against bottom crosses. The two CM's in midfield will step forward to make up for the attack. 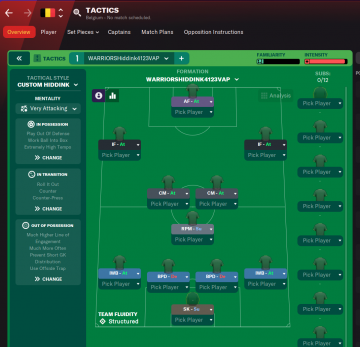 Hiddink - Leeds TT
Posted Nov 25, 2021
It has been greatly improved on the original basis.And the offense is no longer sluggish.Hopefully moderators will test this tactic.
Thanks. 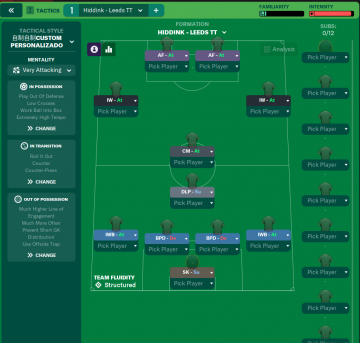 Hiddink - W 4132
Posted Nov 25, 2021
ZaZ said: To be fair, the author of that tactic explicitly said he based it on Blue and Fanatic. I don't mind people tweaking my tactics, as long as they give proper credit. It's exactly because people were working around Blue that I felt free to explore other tatical shapes, since it wouldn't make much sense if everyone was exploring in the same direction. Expand

halo.
Please go up to the next floor.lol

Zaz3.0 set the bar too early,starting at 4132 in FM2021,followed by the No Strikiers trilogy,the tactical and personal responsibilities were so close to the best that no other tactical writer could surpass them,either by copying them or by giving up.
Hiddink - W 4132
Posted Nov 25, 2021
99357 said: and so? credits should be given where its due or fm-arena is encouraging silent plagiarism
many will just take a top tactic here, change few roles and call it their own Expand

Please match his trigger strength to mine before you talk to me.
Hiddink - W 4132
Posted Nov 25, 2021
99357 said: and so? credits should be given where its due or fm-arena is encouraging silent plagiarism
many will just take a top tactic here, change few roles and call it their own Expand

Please go up to the next floor.lol 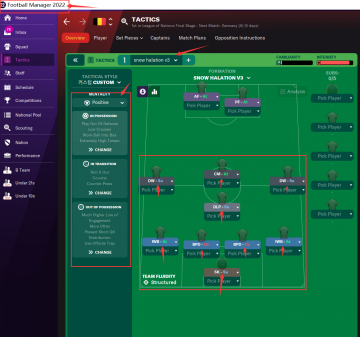 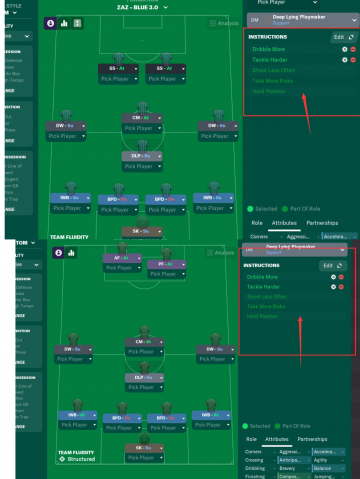 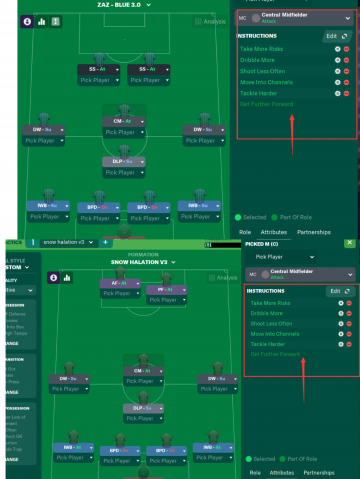 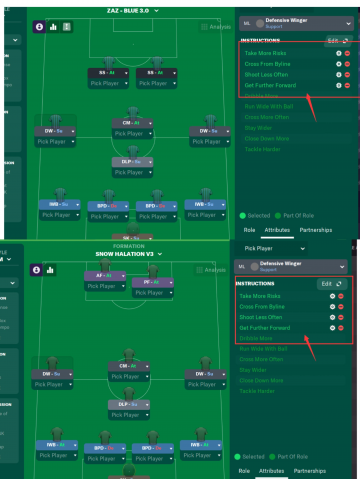 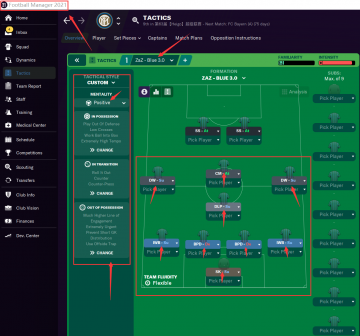 Now most of the high score tactics panels are set which do not mimic FM2021 Zaz3.0.
If you wan to put it that way,I'll have to move Zaz3.0 out.You can check out his tactics panel.
And Zaz3.0 is tactic released in FM2021.
Most of the players'responsibilities and internal instructions are different.I don't know where you're form.
Hate nonsense.
Hiddink - W 4132
Posted Nov 25, 2021
Zippo said: It's working now. Cheers. Expand

Thanks bro.
That's a relief
Hiddink - W 4132
Posted Nov 25, 2021
Zippo said: @beinEthen there's something wrong with the tactic file you uploaded. Its size is 0 Kb. Try to re-upload it.

Tactics have been reuploaded.Please check acceptance.
1 2 NEXT