Tsubasa
Profile
Find Threads
Find Posts
1 2 3 4 5 NEXT 8
I just finished my 2nd journeyman save in FM22 after starting with it in FM21!
Posted 9 days, 7 hours ago
Gratz!

similar tested tactics
Team of model citizens
Posted May 25, 2022
ArsenalHighbury said: Any tips on making and sustaining a team of model citizens, I’ve brought in a few older players with model citizen already to mentor the youth but don’t seam to be doing anything, I’m new to mentoring so not sure how it works Expand

Every players has some hidden attributes such as Professionalism, Ambition, Temperament and so on. 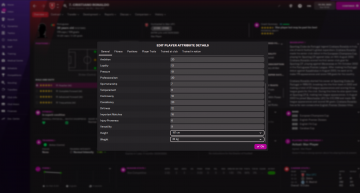 There's no any guaranty that any attribute will move and how fast it moves... but if the difference in the reputation between the players is huge and the difference in age is also huge and their team status is also huge then the probability of the successful mentoring is high.
What is your player development pathway?
Posted May 8, 2022
I just want to add that if you loan a player to "inactive" league then the development will be abysmal so I suggest never loaning player to "inactive" leagues.
Somali 4-3-3
Posted May 2, 2022
Harrison said: It is similar to Somali 4-3-3 but I think it will score well and is very different to most of the top tactics as it uses IW’s and no strikers. I want to see how far we can push IWs and strikerless on this match engine.

If anyone else has had some testing experience with either of those i’d love to hear from you and your results. Expand

I think if you want it to be consider for the testing then you should post some results with it and a picture of the tactic.

But I think the chances of it gets tested isn't high because many similar tactics have been tested already.

look at this, it might give some hints - https://fm-arena.com/thread/1661-how-fm-arena-picks-tactics-for-the-testing/
Narrow Diamond 442 (ZAZ BLUE 4.0 TWEAK)
Posted Apr 30, 2022
@Papinianistae, you should post screenshots of the tactic.
Lee
Posted Apr 25, 2022
you need to post the tactic screenshots and results
The most famous mermaid: Ariel!
Posted Apr 15, 2022
@DoubleR, check this - https://fm-arena.com/thread/1661-how-fm-arena-picks-tactics-for-the-testing/

If you want your tactics get tested then the opening post should meet the requirements. It means that you should post screenshots of every tactics and result with it ( at least 1 full season, only 6 matches isn't really enough ). Also, it would be nice to see the difference between the tactics.

Btw, I know fm-arena has some kind of algo that prevents from testing very similar tactics so I doubt it'll get tested if it's too similar to already tested tactics -  4-3-3 tactics so I would be double check whether your tactics offer something really new for the testing.
Andersson Forward Tactic
Posted Apr 10, 2022
Andersson said: I still hope my tactic will be tested - Tell me what im missing if I can do anything. Expand

If you aren't sure then I suggest checking the requirements - https://fm-arena.com/thread/1661-how-fm-arena-picks-tactics-for-the-testing/
Concord Career - From Rags to Riches
Posted Apr 9, 2022
Grimlock said: This game isn't only about tactics but it also about having the best players in your team and I find that getting the best players is also a lot of fun. Expand

As I can see this tactic is a copy of this tactic - https://fm-arena.com/tactic/2727-foxesneverquit-zaz-blue-4-0-tweak/ and both tactics are based on your ZaZ - Blue 4.0 tactic.

The only difference I can find is the right winger has been changed to inverted-winger and that's all.
STING IN A WING 192 goals
Posted Mar 26, 2022
rego8 said: anyone have any results with this tactic? Expand 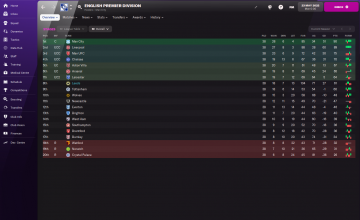 Possible to bias physical atrributes in youth intake
Posted Mar 25, 2022
Mark said: Thank you - this is very helpful. where does it come from Expand 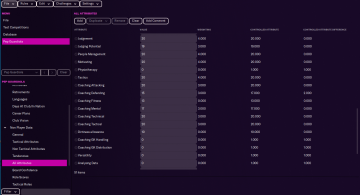 I don't think there'll be much difference between F9, CF-S and DLF-S with "Dribble More" PI.

But TM-s is a different story, I don't think TM-s would work well.
Let's show our support for Ukraine!
Posted Mar 10, 2022
I'm vey sad about what's going in the world... we had covid and now we have a war