Perfect run in the Champions League.

This is a sequel to my earlier post:
https://fm-arena.com/thread/2515-the-testudo-strange-6-4-0-asymmetric-with-4-wingbacks-no-strikers-no-attacking-mids-and-it-works/ 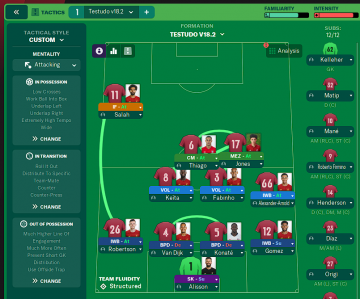 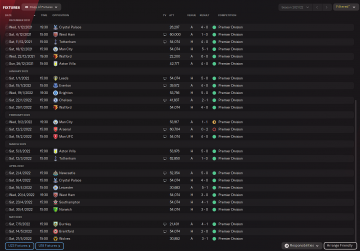 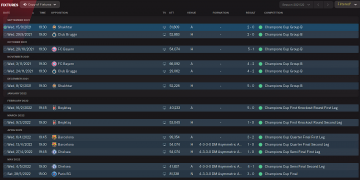 The Testudo - Strange 6-4-0 asymmetric with 4 wingbacks, no strikers, no attacking mids. And it works??
Posted Apr 9, 2022
I got tired of trying the same formations and variations and decided to have a go making a tactic constrained by some rules:

The tactic relies on conceding possession and creating chances by lots of late runs from unpredictable positions. 3 inverted wingbacks, 2 mezzalas, and a segundo volante making runs from deep and underlapping.

Won the league with City and got 7th with Norwich. City averaged 47% possession! Norwich 43%.

Testudo name comes from the roman shield formation, reflected by the team packing into their own half 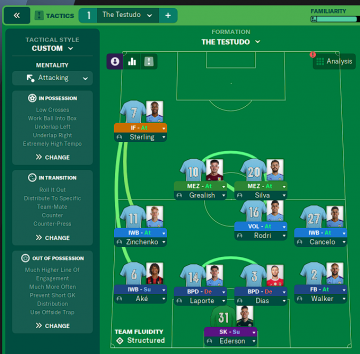 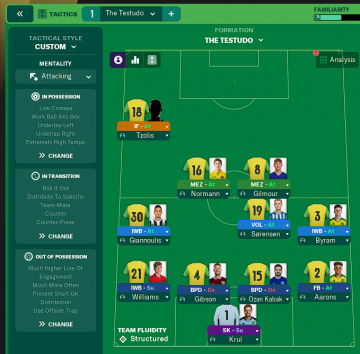 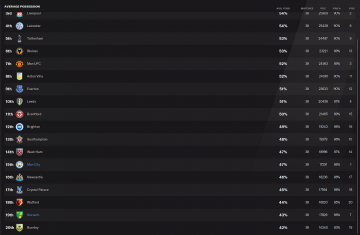 Scores lots of goals, particularly if you're the underdog.

Ran a season as Man City + Norwich (prediction 1st and 20th). City won the league but only by 1 point, and conceded more goals than any of the top 8 (except Norwich). But City managed to score 125 goals!!! (3.3g per game)

Norwich got 3rd and 27/38 wins. Second highest scoring in the league after City. 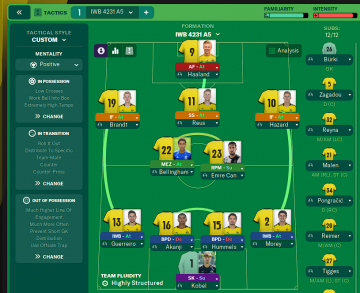 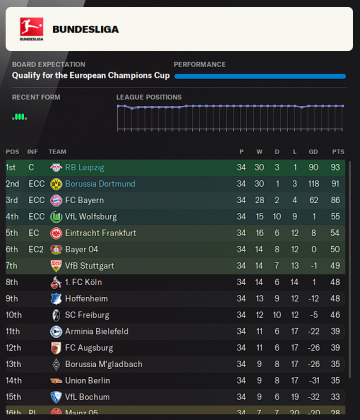 Seems better as underdog than with a strong team, which is surprising to me. 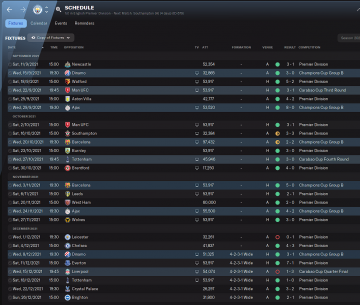 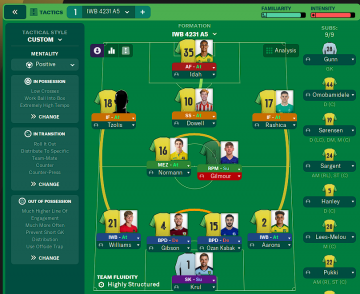 Highest scoring tactic I've tried so far. Goal a game for the striker and just over 0.5 goals per game for each winger. 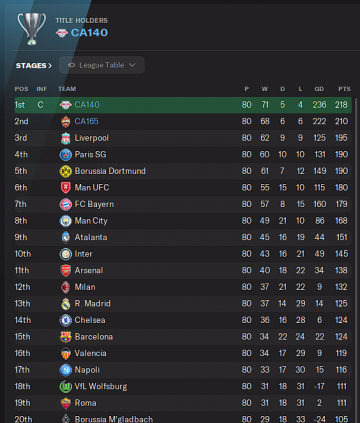 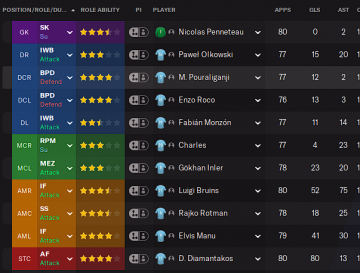 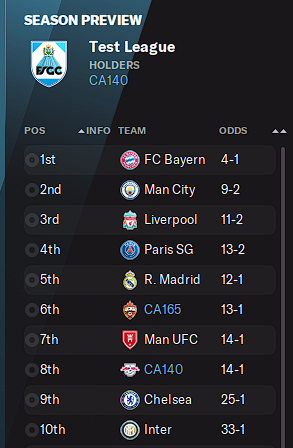 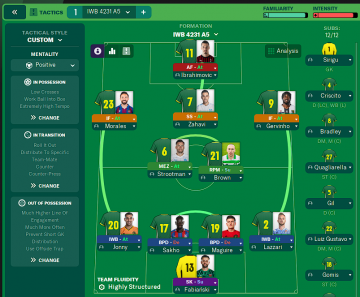 433DM v2 - Double Mezzala
Posted Mar 9, 2022
Result is decent but I’m surprised it didn’t do better than this. Thanks for testing.

Where are team a/b expected to finish in this league? Or what is there Current ability average?
433DM with double mezzalas - Lukaku breaks PL scoring record (56 goals)
Posted Mar 6, 2022
Tested with Chelsea and Newcastle. Chelsea won the league with 102 points, and Newcastle finished 3rd.

Both teams reached the FA cup final to face each other!

Strikers for both teams finished 1st and 2nd for league goals, with Lukaku smashing the PL record, getting 56 goals in 37 league games. Lukaku average 8.11 in the league, and 8.36 in all comps.

Both teams top XG for, and near the top for XG against.

Wingers hold position out wide, and mezzalas/IWBs create overloads in the halfspaces. 1 mezz + 1 IWB in each half space seems impossible to defend. 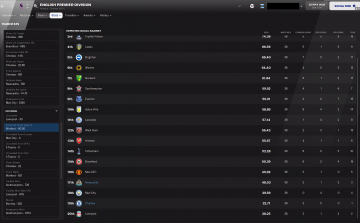 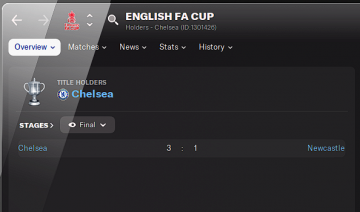 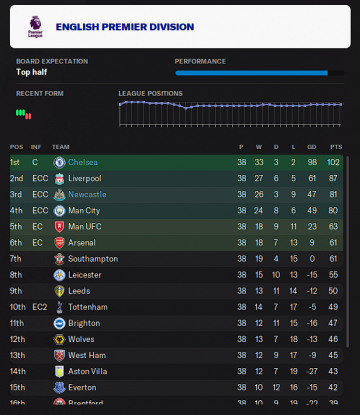 Understood. I saw this had 65 points, higher than all other of your variations from the 22.2.0 table
ZaZ - Blue 4.0
Posted Feb 25, 2022
Interesting it seems to be stronger now in 22.3
Levante v2 | 3rd in La Liga
Posted Jan 17, 2022
I've created loads of tactics in FM and I've started testing them in a CA165 test league as well, but so far nothing I've made has come close to one of my first tactics, "Levante v2". Originally made for Levante with Campana as DLP(D) and Bardhi as AM(A) and this finished 3rd place in the first season of my La Liga save, and then 2nd place in the following season.

Works best when you have IFs with good dribbling, ST with good off the ball and pace (plenty of through balls), fast CBs for high line, and a DLP who actually has good positioning and tackling. BWM will be running everywhere so important the DLP is defensively positioned well, otherwise the midfield is missing.

Shown in the levante image is 2x BPD, which is possible if you have two CBs good enough. If one is far better than the other at passing, first touch etc, then choose one as BPD and the other as CD only, as in the tactic file; its not a big disadvantage at all.