magicnut
Profile
Find Threads
Find Posts
1 2 3 4 5 NEXT 9
Red Baron Duked - 21.2
Posted Dec 18, 2020
healmuth said: How about being constructive vs shit posting? How can I make it better? Not interested in your judgment quite frankly.


Another one with West Ham, finished 2nd in the Premier League Expand

Don't use any kind of ramdeuters are they are usually Shit on any kind of tactics lad probably wingers attack might improve thangs for ya i guess fiddling with the playmaker perhaps a dlp instead of advanced might improve something too since the playmaker might do more defensive work ... but u should try different things and see

Actually another idea advanced playmaker but Support intead of attack and hold position individual instruction , this was suggested one time to me by famous tactician Lisa.
Red Baron Duked - 21.2
Posted Dec 18, 2020
ta2199 said: That some impressive results Expand

Second with tottenham? nothing particularly special...a good tactic can win a league first season easily..But nice he won everything on man utd

Second with tottenham? nothing particularly special...a good tactic can win a league first season easily
PARISIENNE WALKWAYS 4231 IF P100 By Knap
Posted Dec 18, 2020
Cobo10 said: Yeah 1,56 it‘s OK for a 4231 with IF at the moment Expand

It exceeded my maximum expectations by 0.01 pts!!!
PARISIENNE WALKWAYS 4231 IF P100 By Knap
Posted Dec 17, 2020
Lad don't get your hopes up! Based on the results i've seen in general on this patch for 4-2-3-1 formations and especially using inside forward i'd say maximum 1.55 or so ppg more realistically 1.4ish

Viney's Asymetric 4-4-2
Posted Dec 7, 2020
The tactical ideas are quite simular to Crackpistons  but don't seem to click quite as well

Lad having read the patch notes I don't recall any ME changes on that patch
https://i.imgur.com/NtVhOdW.png
Kung Fu 4-3-1-2 by StephanHK Highest rated on FMBase
Posted Dec 2, 2020
Hello this tactic was rated currently the highest on fmbase testing .
StephanHK made a few different tactics but it was THIS particular formation that topped their test.
https://beta.fm-base.co.uk/fm2021_12/tactic/stephenhk-tactics-fm21-521872-1999
I have checked on our list to make sure no duplicate tests already done , did not see any! 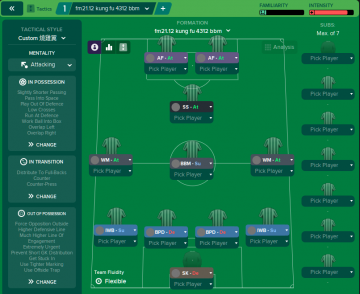 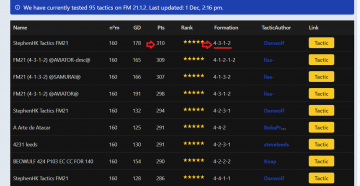 Lad perhaps I was a bit too harsh on the fmbase testing and I really didn't mean at all to "demotivate" them . I am a little critical of fmbase due to conflicts or confrontations with certain mods there (I am banned temporarily at the moment) for cutting to the Chase and also the past audacity shown certain mods going as far as coming HERE and trying to convince me and others of their  testing methods.. I'd like to put my beef with fmbase aside since its a nice resource after all , with a few bad apples mixed in but noone is perfect

With the above said , I want to reiterate that my skepticism in fmbase testing methods is based on my own personal experience playing a few "high rated tactics" there and seeing very quickly that they weren't of much use and that's a soft way of putting it (but again this is my opinion). But this was with the very first fmbase tests done on about...fm 19 maybe ish? Not sure exactly , but when they just came out...Perhaps their new methods aren't as flawed as they were and more relevant.

Also thanks very much FMBase for giving ApePyss a whopping high ranking of 4.5 stars

Expand
Well unfourtunately with the new tweaks the performances dropped even further to a whopping 4.2...
So much for beating crackpistons at it's whopping 4.8 !
PREACHIN BLUES 23221 ( 451 ) P110 EC by Knapp
Posted Nov 27, 2020
At minimum 3 instructions different and there might very well be differences to individual instructions although formation and roles look simular.

Bogeyman said: Let's hope those 3 instructions will do magic and help this to get more than 4.7 rating

Expand
I hope it can climb above CrackPistons!
PREACHIN BLUES 23221 ( 451 ) P110 EC by Knapp
Posted Nov 27, 2020
At minimum 3 instructions different and there might very well be differences to individual instructions although formation and roles look simular.

Lad upon very close and detailed inspection I can confirm this is NOT the exact same tactic:
I observed the following differences :
HIGHER defensive line vs Normal
NO offside trap
And there might be further differences in setpieces as well
ALSO : Pass into Space
PREACHIN BLUES 23221 ( 451 ) P110 EC by Knapp
Posted Nov 27, 2020
Bogeyman said: isn't it the same tactic?

Nope lad you should look carefully the point tally is different .. Its from that same series tho. I'll load it just in case but pretty sure it's not (the tactic you sent labeled 101pts)
PREACHIN BLUES 23221 ( 451 ) P110 EC by Knapp
Posted Nov 27, 2020
Hello there lads I bestow this Knapp's masterpiece which has the highest point tally of all the knapp tactics tested a whopping 110pts. Surely this might be a big hit in our leaderboards.. 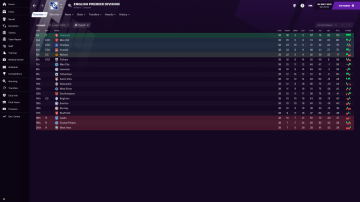 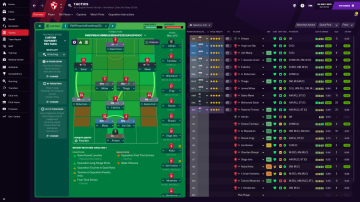