Nikko
Profile
Find Threads
Find Posts
1 2 NEXT
Your favorite Shadow Strikers
Posted 18 hours ago
Machismo said: My Leeds are destined this season to finish 2nd or 3rd in the EPL.  Stocked up on young guns but none are good enough yet to be the front end striker.
I'm playing Zazz-blue and it evolves around two AM Shadow strikers up front.  It's not so easy to find a quality Shadow Striker with pace.  Most are AM RLs + ST.  Of course they can be retrained.  But I want to spend most of money on one ready-made off the shelf gun-AM star player.  I cannot afford the best of the best but with 3 years of installments I can buy someone of quality.
Care to shorten my search for me? Expand

Unfortunately, there are no natural AMC players which also are very fast in the game or maybe there are just few and they cost billions(like Messi) so most of time you have to retrain strikers or AM RLs to play at the AMC position.

I suggest picking players who have at least 'Unconvincing' rating at AMC because usually it doesn't take a long time to improve their rating to 'Accomplished' / 'Natural'.
Phoenix v5.0 ( Very Attacking )
Posted 22 days ago
tenger said: link? Expand

Click the 'Tactic Source' button then scroll to the bottom of the 1st post.
Phoenix
Posted Mar 27, 2021
Xeno94 said: Can anyone give tips for playing vs bottom of the table teams? I do great vs top teams, but consistently my losses/draws come from the bottom teams.

What instructions/other tactic can I use? Expand


Usually, my matches vs bottom teams look like this 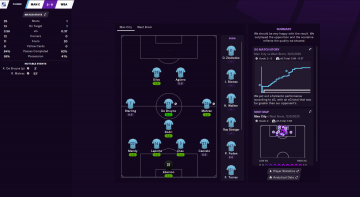 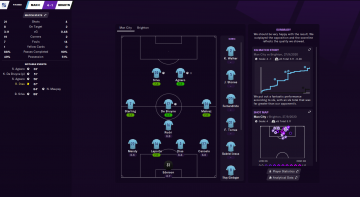 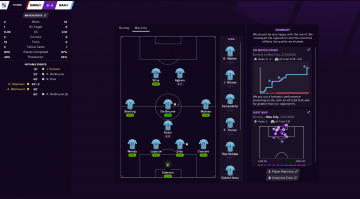 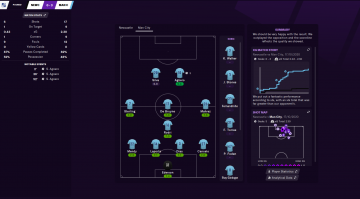 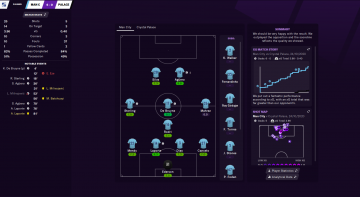 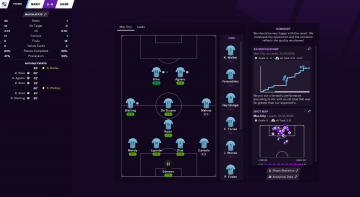 If you can't win vs bottom teams then it could be just bad luck or your team might be not much better than bottom teams... Anyway, I suggest you get get familiar with Lapidus's post, it can be helpful -  https://fm-arena.com/thread/1076-my-tactic-doesn-t-work-help-me-please/
Phoenix
Posted Mar 21, 2021
Marck said: will you think it's the best start 11? Expand

seems alright to me
Inquisitor by Zealot
Posted Mar 18, 2021
I know it should be expected but this tactic works amazing with Liverpool.

I've given it a quick go on holiday with Man City and the result is great. 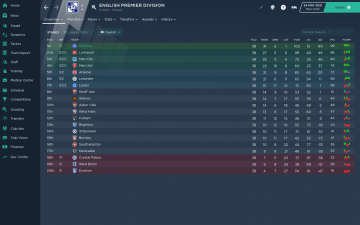 Lower League Tactics
Posted Feb 9, 2021
Prutton said: About professional status, it allows players to train every day instead of just two days a week. It also allows to train three sessions in a day, instead of only two. Other benefits include longer contracts, more sponsorship and better reputation, which can atteact better players. On the other hand, the wages become more expensive. Expand

Then getting professional status looks like the best choice to me
Lower League Tactics
Posted Feb 9, 2021
Prutton said: I can either hire better players, save to become professional or upgrade my training facilities. I am leaning towards becoming professional first. What are your opinions? I will post the finances and squad below. Expand

I don't think that improving the training facilities would give you any significant benefits but I haven't played much in the lower leagues and I have no idea what benefits you get from becoming professional... could you enlighten me?
Kung Fu 442 v3.5 by StephenHK
Posted Feb 3, 2021
@Cobo10, the screenshot with the result is too blurry and when I click it then it's too small... can you fix it?
Lower League Tactics
Posted Jan 27, 2021
Mark said: What is the attribute importance table? Expand

I agree, having extra data doesn't hurt and it might be interesting to see

but the points per match is the only stat that should be looked at when you compare tactics
Lower League Tactics
Posted Jan 18, 2021
Mark said: An important thing worth noting is that ZaZ Blue 2.0 produced 18 champions from the 40 seasons across all leagues including one for a lowest ranked side. This is without buying any players. Very impressive. Also worth noting that Phoenix wasnt far behind and performed better with some of the lower ranked teams. Viola was a bit behind the other 2 tactics but mainly with underdog teams. Viola was still very competitive though. Expand 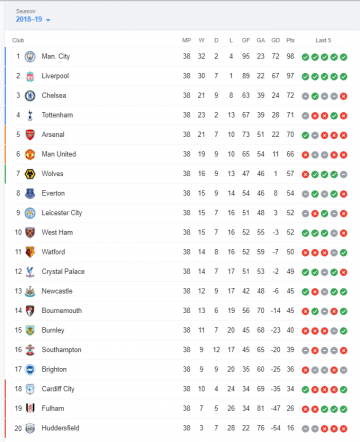 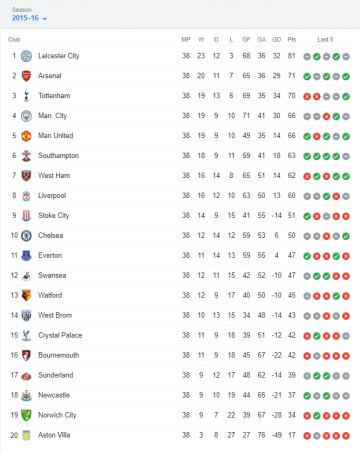 so as you can see the standing is a quite irrelevant stat when it comes comparing tactics, the points per match is the only what matters
Js 4-1-2-1-2 *Updated* Unbeaten in the league
Posted Jan 10, 2021
ForeverEverton said: FYI still unbeaten in the league with this tactic. Expand

Have you tried this tactic in EPL yet?
Fabioball
Posted Dec 28, 2020
babemocni1988 said: I dont uderstand the people who testing tactics with teams like Paris SG,Liverpool,Barcelona,Bayern Expand

I think people do that because it's fun!

Who said that he tested something? He just played the game as he liked and had fun. He really don't owe you anything...
Outlaw
Posted Dec 28, 2020
Here's my 1st season with Roma, predicted 6th by media.

I won the league title and Euro Cup.

by the way thanks for this analise!
And i was thinking that natural position  of Ilicic and Gomez should do much beter then Rebic and Dias,there is no logic

Anyway, it's hard to say why one person has better result than other person because there could be many factors for that. For example, he might be better in managing the morale and conditions of the players or making substitutions or handling touchline shouts during matches or just had a great luck during the season... you know FM could be very random

Phoenix
Posted Dec 23, 2020
babemocni1988 said: i have finished season with Atalanta who in my opinion have 3 times better team then Ac Milan Expand